What Can Your Employees’ Pets Teach Them? 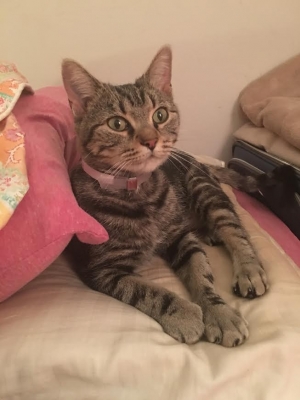 When getting a pet, whether adopting an older pet from a shelter or a puppy or kitten from a breeder, there’s a transition period in which, technically speaking, you train your pet. But, as some of us have discovered, it’s the pet who often trains us.

Pet caregiving isn’t as serious a responsibility, or as difficult, as raising a child, but it’s not without its challenges and learning opportunities.

I was excited when I recently saw a news story about how HarperCollins India has introduced “pawternity” leave. Employees now are entitled to five day’s paid leave if they have just adopted a pet.

It’s a heartwarming gesture from a company, maybe encouraging employees to adopt an animal in need. But it’s also a great opportunity for a new learning program. What if you offered such a benefit at your own company, and asked participating employees to keep a journal in which they wrote each day of their paid leave about a lesson the animal taught them that day? And then another couple paragraphs, or a series of bullet points, about how that lesson could be applied to their job, or a new idea for work (a new product, a new marketing angle, or even a new way of getting work done at the office)?

Sometimes a pet teaches you about management techniques. Over Labor Day weekend last fall, a couple months after the death of my beloved 17-year-old cat, Miss Minnie, I adopted Jackie Cat, a two-year-old shelter cat. Miss Minnie was a two-year-old, pampered, always-cared-for, award-winning show cat when I adopted her. She needed a home because her breeder, who adored her, had decided it was time for Miss Minnie to put her paws up in retirement. But she was far from in dire circumstances. She was a Bengal, a breed known for being hyperactive, so she could be over-zealous at times, but otherwise, was extremely tolerant of handling.

Jackie Cat has lived a much different life. I adopted her from Bideawee here in NYC, a no-kill shelter that takes cats and dogs from kill shelters in the suburbs, and brings them to the city in hopes that the population density here will result in a permanent, safe home for the animals.

The process of finding Jackie reminds me of searching for a new employee for an important position at a company. I’m a huge animal lover, so the role of a pet in my life is pretty critical. I had visited multiple shelters, and had been disappointed to find too many lethargic, spirit-less cats lying around. I knew I wanted a cat with a lively, engaged spirit, even if it included mischief and push-back. A caregiver at one of the shelters laid her hands atop a sweet cat, patting his head and saying he’s a great cat, “he’s so laid back, he’ll let you do anything to him.” He was sweet, but not my type. I wanted a cat with enough spark to have non-verbal conversations with me, including conversations in which we disagreed.

After a couple weekends of failed attempts to recruit my ideal cat, I walked into the adult cats section of Bideawee, and was directed to a couple cats who were like the others I had not been excited about—overly relaxed and without interest in the world. “Oh, well, maybe,” I kept on saying, trying to smile. Then, as I walked farther into the small room, I saw two big, darting yellow-green eyes. Those eyes were wide open and keeping watch, keenly aware of every movement anyone in the room made. The second thing I noticed were tiger stripes ringing her chest and paws—and she was a tiger on the prowl, albeit a little one.

“That’s Jackie,” the shelter caregiver, who had been pushing the other cats on me, said in a strange, tentative way.

“Is she up for adoption?”

“She’s up for adoption,” the caregiver said with that same lack of enthusiasm.

The caregiver let Jackie out of her cage, and she came up to me right away with no fear. She let me pet her, but each time I petted her, she gave me a gentle bite on top of my hand. I imagine many others had noticed this pretty, alert cat, and had immediately said no after experiencing the biting. The funny thing is I saw the biting as positive because it showed she had some spunk in her and playfulness. She didn’t seem angry with me when she bit. She just wanted to play and get her energy expended, and maybe set parameters for petting to occur on her terms, rather than mine.

If you ask me, Jackie Cat should be every healthy company’s ideal employee. It’s relatively easy to find an employee who will do whatever you tell them with dead eyes, and a lack of energy, but to find an alert employee with lots of energy, ready to play, and let you know what she does and doesn’t like, is so much better. To be a vibrant company that produces a high volume of output for customers, or clients, you need energetic, engaged employees, even if those employees are liable to become overly playful or rebellious at times. You can use that sense of play and resistance to create more innovative, exciting, relevant products and services.

I’ve heard it said that you can train for skills, but you can’t train for attitude, so you should hire for attitude and train for skills. With that in mind, you need a Jackie Cat—and we should all aspire to be Jackies—engaged in our environments, ready for action, and not afraid of letting those managing us know when they’ve gone too far.

Jackie Cat, like any ideal employee, is good hearted and kind, but that abundance of energy and alert mind do result in unwanted behaviors. I’ve learned about discipline through working with her. I’ve learned that it’s better to reward good behaviors and take away attention for bad behaviors, rather than find ways to punish bad behavior. So, rather than squirt her with a water bottle for biting, I try first to withdraw my hand and attention. She’s caught on enough that she now will move away and turn her back to me when I withdraw attention after a biting episode, as if she is creating her own “time-out.”

If I had been given the opportunity for paid leave after I adopted Jackie, and had kept a journal of my experiences with her, there’s a lot of advice I could have passed along to my company.

What do you think your employee’s pets can teach them—and your company’s executives and decision-makers—about effective management?