“A triumph of the human spirit” is the way we describe the achievements of those who have managed to tap into a deep reservoir of potential and possibility. The human spirit is a powerful force that exists within each of us. However, you can’t touch it and you certainly can’t buy it. Spirit may lay dormant in many, but when stirred from its slumber, it inspires great thoughts and great actions.

The famous choreographer, Martha Graham, spoke to this when she said, “Great dancers are not great because of their technique; they are great because of their passion.” When teams, whether in business or sports, constantly struggle, talent is rarely the issue. What is missing—what many leaders and coaches fail to capture—is the magical, transcending element of the human spirit.

A robust culture is the result of nurturing individual and team spirit. A robust culture means there exists within an organization a strong, vigorous environment for learning, accomplishment, and growth. A robust culture results from paying attention to and meeting the most important needs people have for their lives:

In other words, when people feel that they are being fairly rewarded for their efforts, that they are genuinely cared for, and that their work is being consistently acknowledged by leadership as important and valuable, a robust culture naturally evolves. For this commitment, the most admired companies have been rewarded with loyalty, creativity, exceptional levels of contribution, and Wall Street’s ultimate measurement: superior profits.

Here are a few ideas on how to build a strong team “spirit” in your organization:

Finally, don’t buy into the fallacy that winning is all that matters. The means to an end is as important as the end itself. Where are the careers today of those “champion” athletes who we now know took performance-enhancing drugs? Does not corporate America have its equivalent in the endless indictments of those who chose a dubious shortcut to success?

To win by cheating or deception of any kind is to degrade the nobility of sport or destroy the integrity upon which any truly successful business is built. The great tennis champion, Martina Navratilova, said, “The moment of victory is much too short to live for that and nothing else.”

David McNally, CPAE, is the CEO of TransForm Corporation.Elected to the Speakers Hall of Fame by the National Speakers Association (NSA), McNally is the author of the bestselling books, “Even Eagles Need a Push—Learning to Soar in a Changing World,” “The Eagle’s Secret—Success Strategies for Thriving at Work and in Life,” and “The Push—Unleashing the Power of Encouragement.” His co-authored book, “Be Your OWN Brand,” is used by many business schools to address the importance of building a strong personal brand. McNally’s books have been translated into 12 different languages and developed into corporate training programs that have been released in more than 20 countries. Abbott Laboratories, Ameriprise, Gartner Group, Merrill Lynch, Delta Air Lines, Pulte Homes, and Thrivent Financial are a few of the many organizations that have embraced McNally’s work as a key component of preparing their employees for an ever-increasing competitive and complex future. McNally also produced two inspirational films, The Power of Purpose and If I Were Brave. For more information, visit www.davidmcnally.com or e-mail info@transformcorp.com. 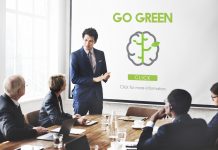 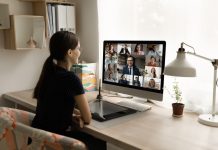 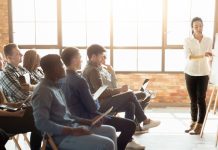