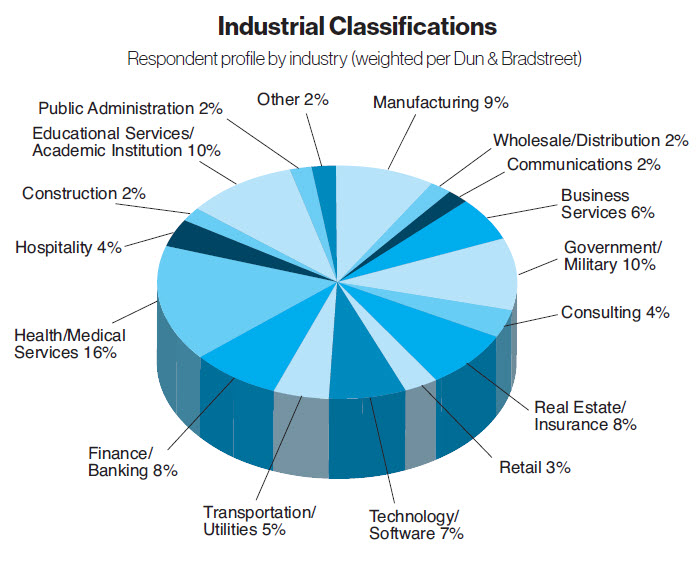 Now in its 41st year, The Industry Report is recognized as the training industry’s most trusted source of data on budgets, staffing, and programs. This year, the study was conducted by an outside research firm April-July 2022, when members from the Training magazine database were e-mailed an invitation to participate in an online survey. Only U.S.- based corporations and educational institutions with 100 or more employees were included in the analysis.

The data represents a cross-section of industries and company sizes.

Note that the figures in this report are weighted by company size and industry according to a Dun & Bradstreet database available through Hoovers of U.S. companies. Since small companies dominate the U.S. market, in terms of sheer numbers, these organizations receive a heavier weighting, so that the data accurately reflects the U.S. market.

U.S. training expenditures passed the $100 billion-mark for the first time in 2021-2022. Rising 10 percent to $101.6 billion, the jump was fueled, in part, by a significant increase in large companies’ budgets, inflation, and organizations continuing to invest in virtual training technologies amid the ongoing COVID-19 pandemic but also starting to go back to some in-person training and allowing travel. Payroll decreased, but spending on outside products and services rose 1 percent to $8.2 billion. And other training expenditures (i.e., travel, facilities, equipment) rebounded to nearly 2020 levels at $28.3 billion from $15.5 billion in 2021.

The training expenditure figures were calculated by projecting the average training budget to a weighted universe of 142,283 companies, using a Dun & Bradstreet database available through Hoovers of U.S. organizations with more than 100 employees.

Note: Although small companies have the smallest annual budgets, there are so many of them (123,495) that they account for almost one-third of the total budget for training expenditures. 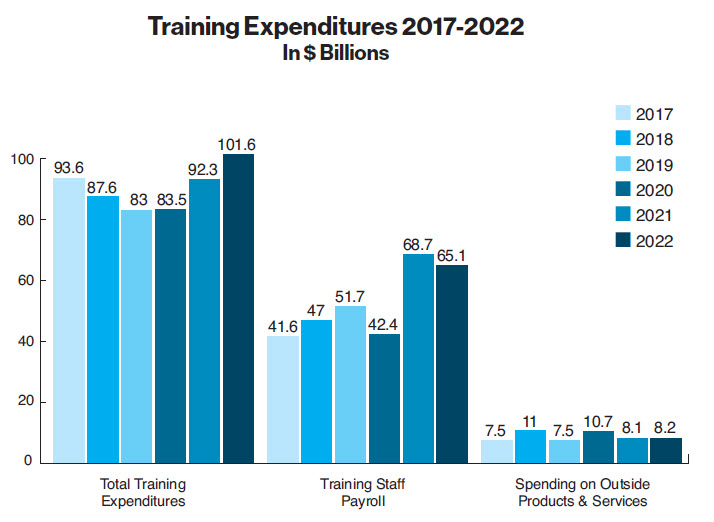 Training staff payroll: The annual payroll for all staff personnel assigned to the training function.

Outside products and services: Annual spending on external vendors and consultants, including all products, services, technologies, off-the-shelf and custom content, and consulting services. 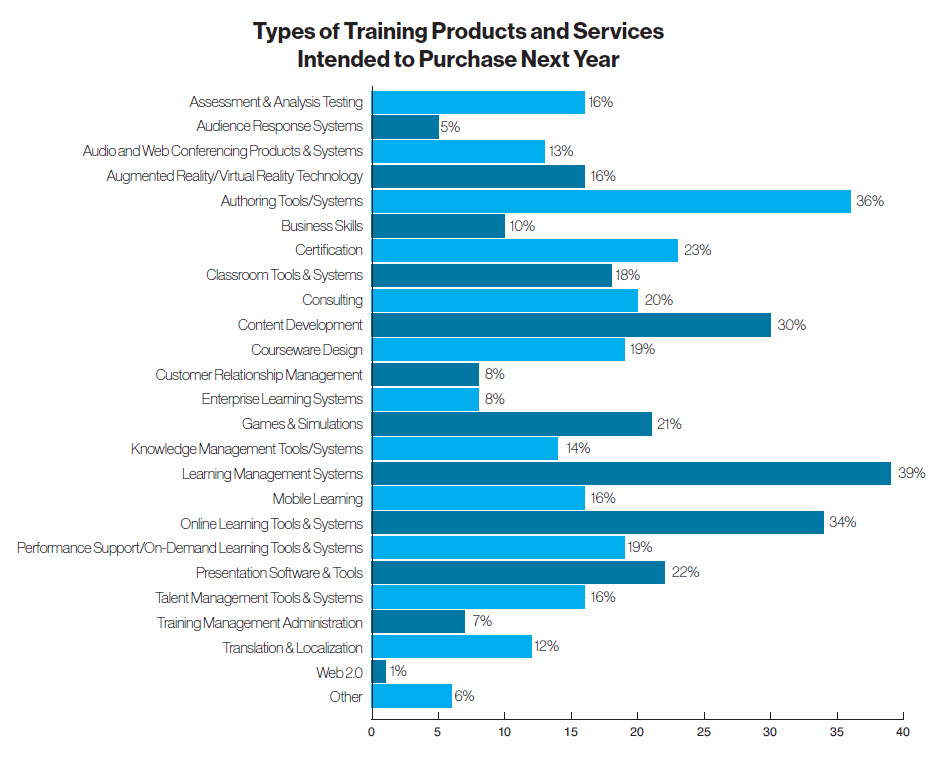 Some 38 percent of organizations said they increased staff from the year before (up from 23 percent), while 45 percent said the level remained the same (vs. 59 percent last year). Some 17 percent said it was lower. Large services and government/ military organizations had the biggest personnel costs ($5 million-plus). This year, midsize companies spent less than half as much as large companies, while small companies spent about one-third as much as midsize ones. The average payroll figure for large companies was $3.5 million; for midsize organizations, it was $1.4 million; for small companies, it was $443,731.

Other training expenditures increased this year to $28.3 billion from $15.5 billion in 2021. Such expenditures can include travel, training facilities, in-house training development, and equipment. On average, organizations spent 16 percent of their budget or $382,729 (up from $337,190 last year) on learning tools and technologies. Large government/military organizations had the largest budgets for learning tools ($7 million). Midsize education organizations had the largest tool budget in their size range ($550,500). 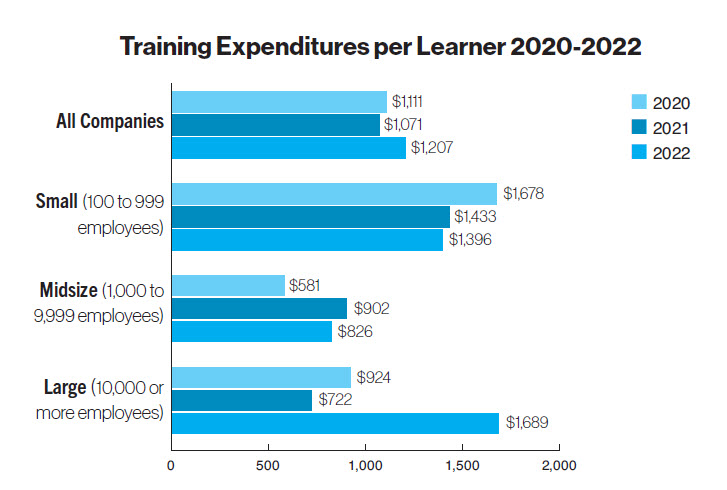 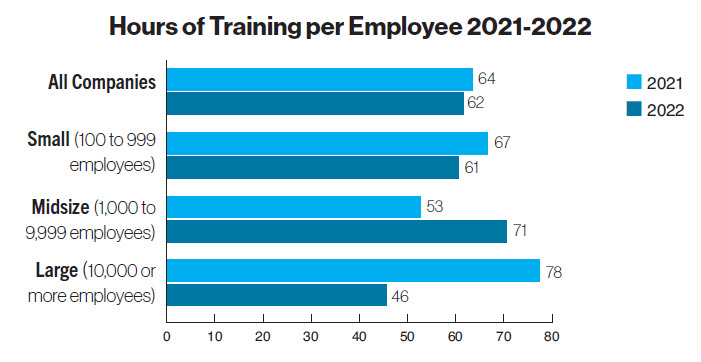 Companies continued to devote the bulk of their training expenditures to training non-exempt employees (41 percent in 2021 and 2022). 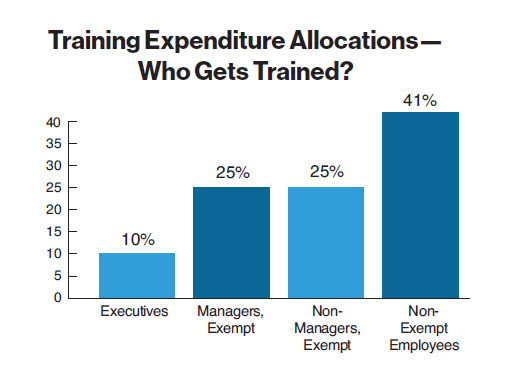 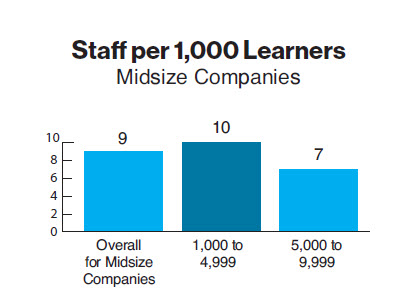 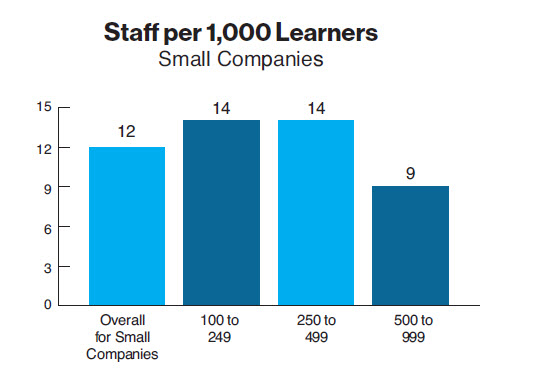 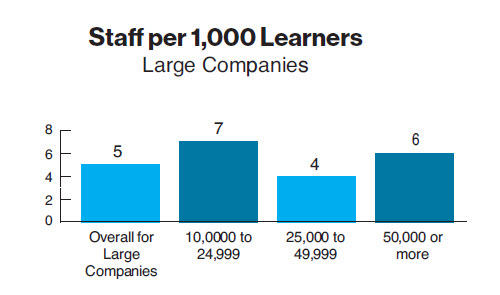 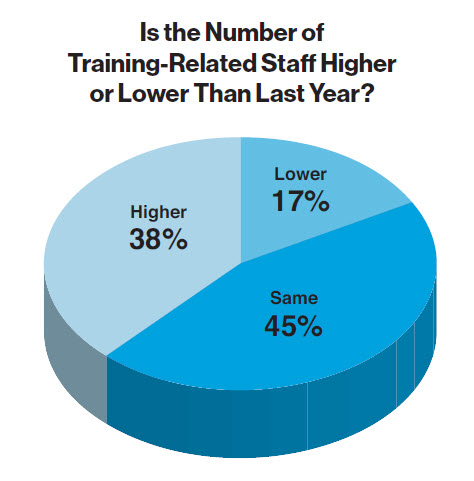 This year, the number of companies reporting that their budgets increased rose 12 percent to 44 percent. Those indicating their budgets decreased fell to 13 percent from 21 percent in 2021. Some 43 percent said their budget remained the same vs. 47 percent in 2021. Associations showed the greatest tendency for budget cuts, while retailers/ wholesalers showed a greater tendency for gains. Increases were not evenly distributed across organization sizes. Small companies showed the greatest number of increased budgets (49 percent vs. 44 percent for midsize companies and 35 percent for large ones). 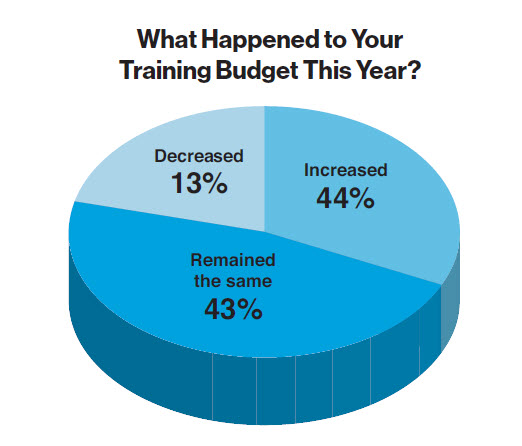 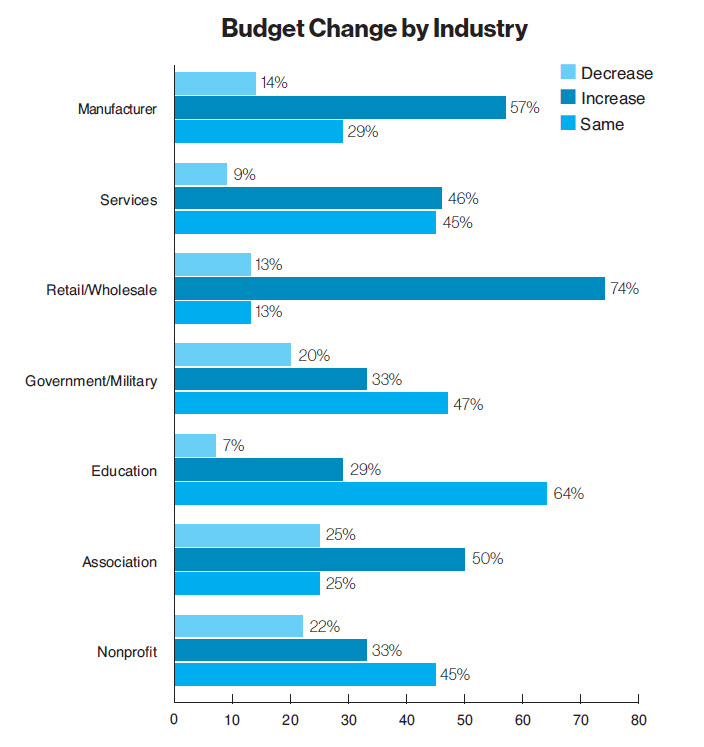 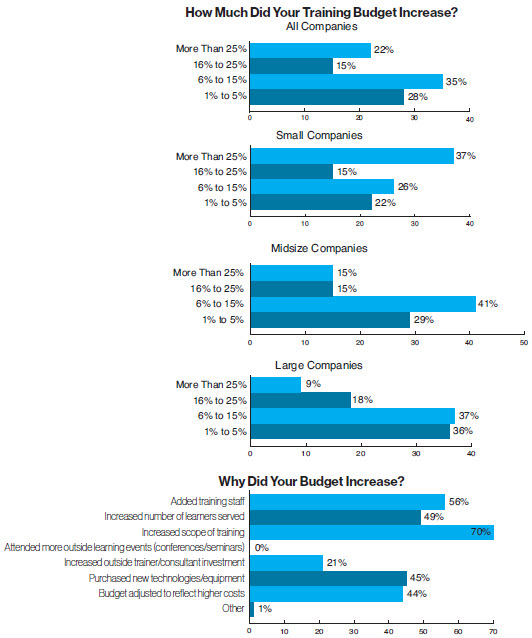 Like the last 10 years, the highest percentage of organizations (32 percent) said management/supervisory training will receive more funding than the year before, but all the other categories followed closely behind, including: onboarding (29 percent); interpersonal skills (25 percent); profession/ industry-specific training (20 percent); executive development, IT/systems training, and customer service training (all at 19 percent). On average, organizations plan to allocate the most funding to profession/industry-specific training ($1.4 million); mandatory compliance training ($846,207); and management/supervisory training ($591,992). 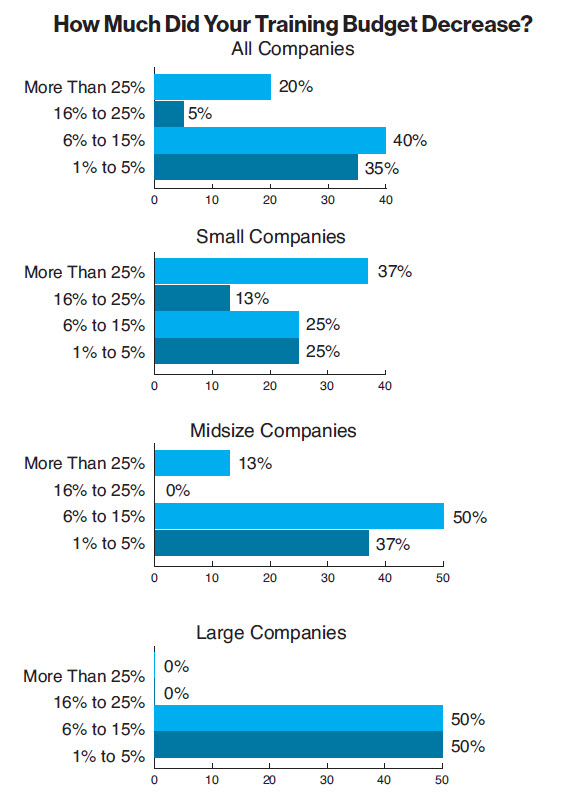 In terms of training delivery post-pandemic, the majority of respondents (47 percent) indicated they plan to return to some classroom training while maintaining some of the remote learning instituted during the crisis.

Some 6 percent of respondents chose “Other” in answer to the challenge question, with answers such as:

Some 32 percent of hours were delivered with blended learning techniques, down from 43 percent last year.

In terms of technology usage, of the 12 learning technologies presented, the most often used included: 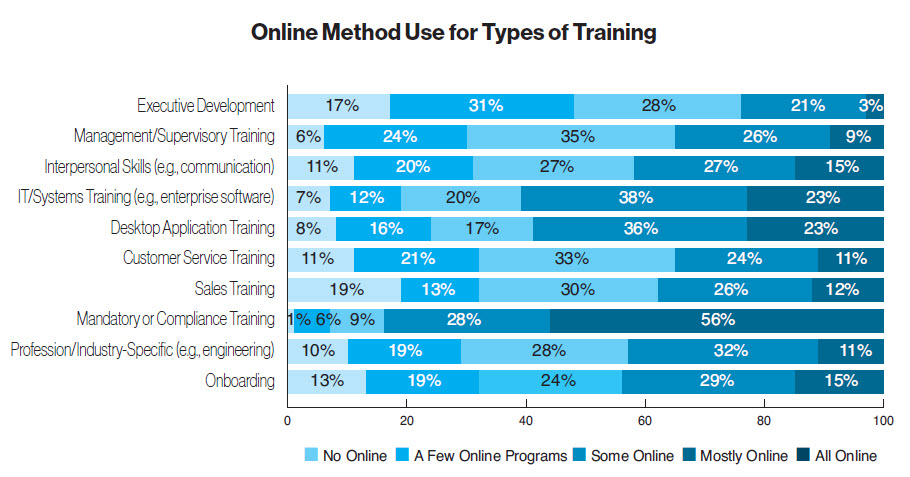 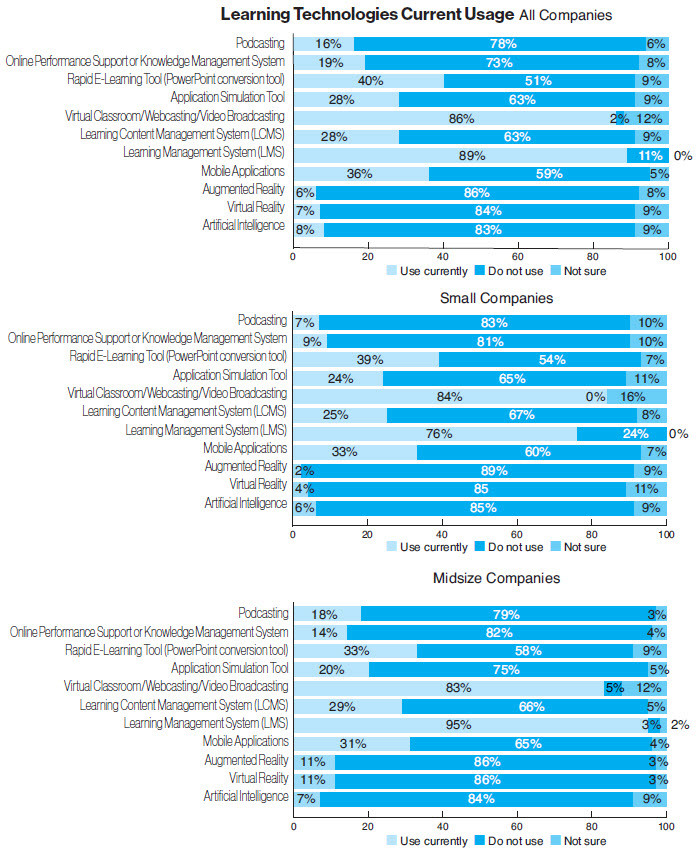 On average, 30 percent of companies mostly or completely outsourced LMS operations/hosting (up from 23 percent last year), while learner support and LMS administration largely were handled in-house (84 percent and 81 percent, respectively).

More instruction/facilitation is outsourced than handled in-house (63 percent vs. 37 percent). Across all the topic areas, small and midsize companies outsourced about the same, and large companies somewhat more. In the areas of custom content development and LMS operations/hosting, the larger the company, the greater the outsourcing.

The level of outsourcing is expected to stay relatively steady in 2023—some 85 percent of organizations said they expect to stay the same in the outsourcing area. The percentage of companies expecting to increase outsourcing (7 percent) is slightly lower than those expecting to use outsourcing less (9 percent). Just about half of respondents said they don’t plan to outsource learner support (51 percent) or LMS administration (49 percent) in the next 12 months.

With respect to company size, large companies expect a bigger decrease in outsourcing than either small or midsize companies. Midsize and small companies are more likely to report that they don’t and won’t outsource. 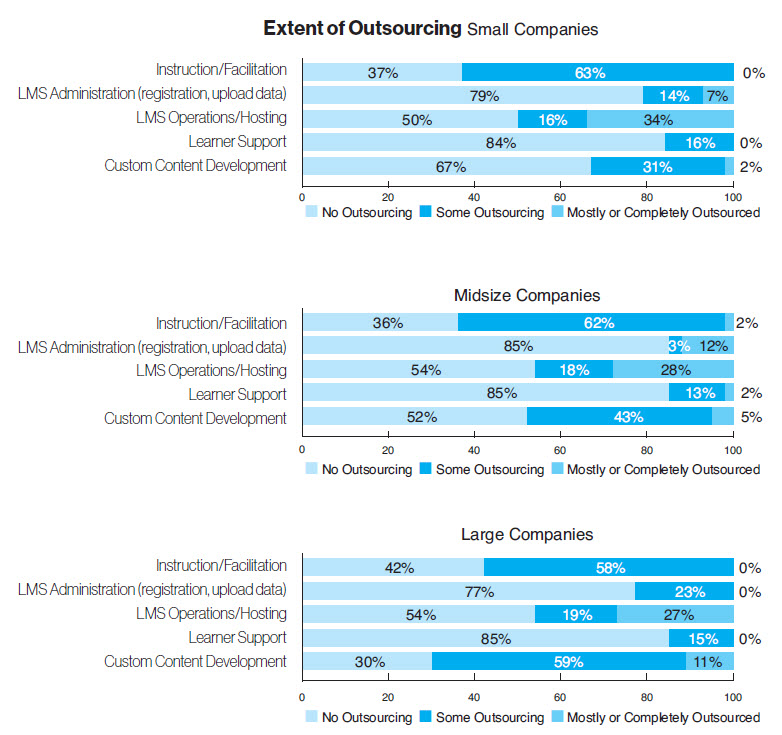 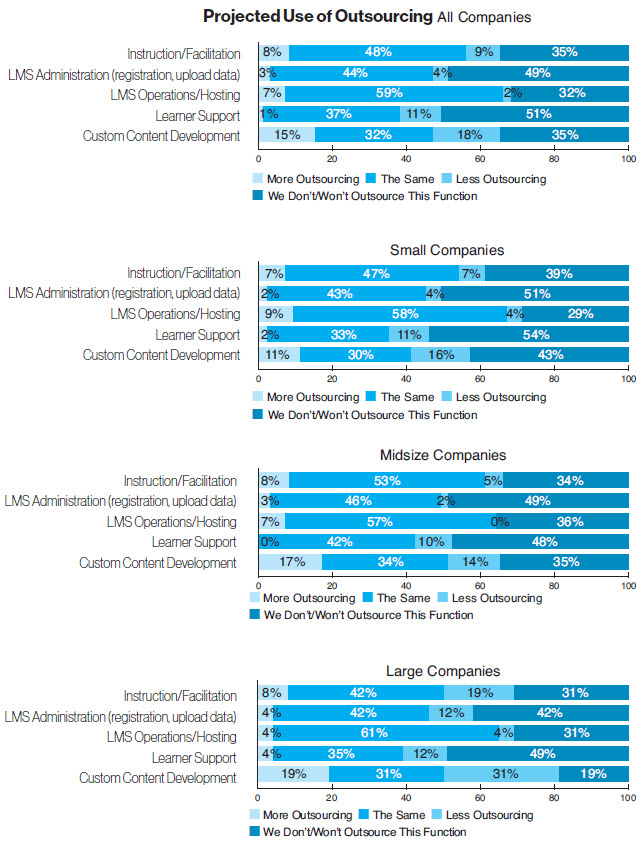 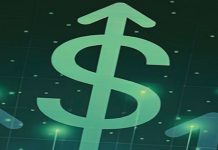