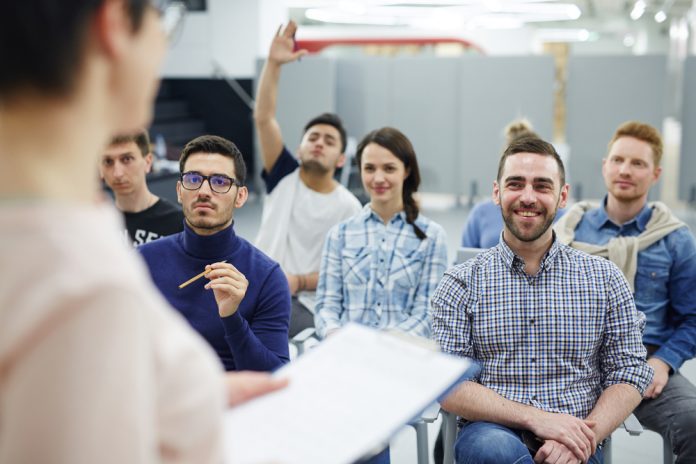 By 2026, three-quarters of all workers will be “millennials” (people born between 1981 and 1996), and 40 percent of people working today are already from this “Gen-Y.” Unlike any previous generation of workers, the highly educated millennials have expectations of work that are already forcing workplace managers to adapt and evolve their leadership practices. The following is a quick synopsis of what shaped the millennial mindset and how managers should best pivot to lead them successfully.

A few years ago, Gallup researchers performed a deep-dive study specifically focused on discovering what millennial workers expected in exchange for their contributions at work. Because they grew up very differently than any previous generation, the dominant conclusion was that millennial workers have a rather unique set of values. They openly reject traditional ways, know very clearly what they want from work, expect to be judged on their achievements instead of hours worked – and already have proved very willing to keep looking until they find it. Bottom line: this is a generation of workers that fully expects their bosses and organizations to adapt to them.

When the earliest millennials first joined the workforce, many managers assumed they would immediately fall in line and be satisfied with how things had always been done. These same managers judged their new employees as uncommitted, entitled, needy, and disloyal when they didn’t. In response to this, Gallup offered a sharp rebuke, essentially saying that managers themselves must change to align their practices to the needs of their millennial workers. As it turns out, what Gen-Y seeks from work is what all 21st-century workers seek. Millennials are simply the first generation to demand them

1. They want to know their work has a purpose

Gallup’s data proves that millennials are not a generation that wants everything handed to them, nor do they prioritize having a fun workplace over their growth, development, and feelings of fulfillment. What they want is to know their work matters. They want accountability and a sense of significance through their accomplishments.

As someone who brilliantly led an entire workforce of millennial employees, Google’s former Head of People, Laszlo Bock, sized it up this way: “Over the coming decades, the most gifted, hardest working people on the planet will gravitate to places where they can do meaningful work and help shape the destiny of organizations.”

2. They don’t want a boss; they want a coach

There was a day in business when we believed people didn’t want to work and needed constant coercing to remain productive. But millennials have a deep desire to make their lives meaningful through work. As a result, they tend to set very high goals for themselves, take ownership of their successes, and want to be held personally accountable. Tied to this disposition, Gen-Y workers are repelled by traditional bosses who bark orders or manage people in uniform ways.

“This is a generation that comes into the workforce expecting not just to have a good boss, but a boss who is a good coach too,” Gallup’s Jim Harter told me. “Coaches drive performance by being approachable human beings. They get to know people as a whole person. They discover what they’re best at, mentor their growth, and provide ongoing feedback. They’re advocates.” As evidence of why U.S. engagement remains strikingly low, Gallup believes very few people today have this kind of boss.

3. They want much more frequent feedback

Research shows most organizations today give employees annual or semi-annual performance reviews – discussions where managers generally focus more on correcting someone’s weaknesses rather than on their strengths. And in the experience of millennials, that’s like getting a bad report card in June without ever having seen their grades throughout the school year.

“This is a generation that needs and expects much more frequent communication than that,” Harter told me, the knowledge that may make some leaders bristle. “But if the ultimate job of a manager is to improve performance in the organization, then giving people more consistent feedback just means they’re doing their job.”

And what is it millennials need to hear from their bosses? Beyond recognition, they’re seeking clarity. Are they working on the right things, succeeding, and making a difference? Providing twice-a-year for- mal reviews is only doing the bare minimum in business today. And performing routine “check-ins” also proves to be a far more effective way of sustaining trust and connection. While it’s clear millennials don’t need a lot of trophies, they do need a lot of love.

4. Focus on their strengths

Gallup once did a study where they asked people to re-live their previous workday. They discovered that workers with the highest engagement were able to use their strengths four times more often than things they did less well.

“In many cases, the jobs we give people don’t match up to how they’re advertised,” Harter told me, “and this is an easy and direct way of losing their commitment right out of the gate. While we cannot ignore a person’s weaknesses, the wisest leaders are ones who discover what makes each person different and then tailors their job to their strengths.”

5. Growth and development is one of the greatest drivers of millennial engagement

Irish poet William Butler Yeats observed, “We are happy when we are growing,” and science happens to bear him out. When people feel they’re constantly maximizing their human potential, they tend to be highly engaged in their jobs.

As the best-educated generation of all time, millennials are also highly attuned to their need for growth and want to envision their futures. They want to know where they stand, where they’re going, and how they’ll be supported. “A manager’s job going forward has to be focused on development as much as it is on performance,” Harter insists. “Development leads to performance, and giving people more feedback leads to tighter relationships.”