In my seminars and workshops on creativity, I spend a lot of time emphasizing the value of being an idiot.

Because in the all-important opening phase of the creative process, which I call “making a mess,” stupidity is your greatest asset. This is not the time for clarity, precision, or cleverness. Rather it’s the time for sloppiness, incoherence, and the mindless generation of stuff.

Don’t worry, you’ll have more than enough opportunity down the line to clarify and filter and sort through your mess in order to bring a meaningful creative product to life. But right now the name of the game is generating fragments: half-ideas, quarter ideas—perhaps they shouldn’t even be thought of in terms of ideas, for “idea” implies too much completeness and commitment, and it’s just too early for that. Now’s the time to just let all that weird meaningless stuff that’s jostling around in your head to make its way into the world.

Problem is, allowing ourselves to be this undisciplined in our thinking isn’t easy. Despite what we may believe, it doesn’t come naturally. Even if we did have a talent for unfocused activity as kids, it certainly was schooled out of us early on. What we learn in school, and what’s later reinforced in business, is the importance of being right, of giving the correct answer.

No doubt, this is an important skill not only for our advancement, but for our very survival. It’s also, by the way, critical to successful creative work, which is ultimately about organizing material in a coherent fashion that’s “correct” according to rules we ourselves establish. But at the critical early stage of creative development, smarts are just the opposite of what we need.

And they’re why so many of get blocked creatively.

We’re so used to grasping for the right answer and delivering it instantly that we become paralyzed when faced with a problem in which it’s not only unclear what the right answer is, it’s also unclear as to what kind of answers would constitute right answers at all. In fact, at the beginning of the creative process, we often don’t even know what it is we’re trying to do!

This, as you can imagine, can be terribly uncomfortable.

The good news is that we can learn how to be dumb in the same way we’ve learned how to be smart. What it takes, like so many things, is practice. The more you get used to moving ahead on a problem without knowing exactly where you’re going, the more you get comfortable with hanging out in a zone that’s tentative and ambiguous, the better you’ll get at generating the stuff you need to come up with a successful creative solution.

I should know. I’ve been working as a creative professional for close to 30 years. Yet every time I’m faced with a new creative problem (like writing this article) I still feel uneasy. I want to come up with the right answer quickly and have the task behind me. I want it solved before I’ve even explored it.

But not for long, because I know I’ve been this position countless times before. I’ve had a lot of practice.

So I just tell the annoying and judgmental smart guy inside my head to get out of the room for a while. Go for a walk. Take in a movie.

It’s time for me to get dumb.

And that’s exactly what I do as I get to work generating a mess. Before long, the tension begins to lessen. Man, this is kind of interesting. I start to enjoy all the random stuff that spews out onto the page before me, most of it completely idiotic.

Then, without at first even realizing it, things start to take shape. I notice relationships within the mess. I begin to see where I’m going. I hang in there, working to give form to my mess. I allow the annoying smart guy to return inside my head and help out. And after a while—sometimes a short while, sometimes a long while—I feel confident that I’ve actually created something. I stand back and look at it. It works. It holds together.

Sure, it may not be the only right answer, but it is an answer, and it feels right.

Moreover, there’s one thing I know for sure: I never would have arrived at it if I hadn’t given myself the license, for a while at least, to act like a fool.

Once again, it was the smartest move I could ever make.

David Intrator, president of The Creative Organization,is an award-winning writer and filmmaker. He can be reached at david@thecreativeorganization.com. 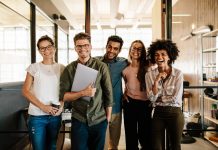 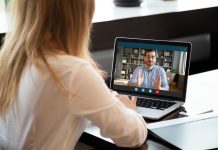 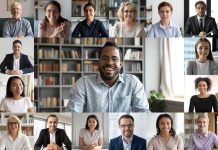