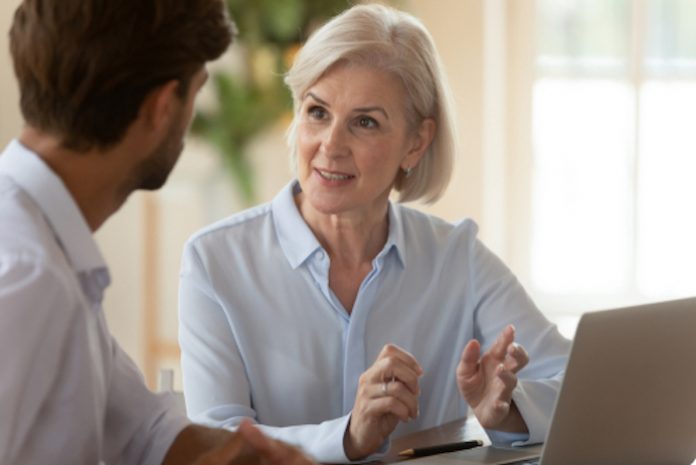 A coach can transform the way you work, can make you happier, more productive, and more effective. A coach can help you work fewer hours for greater output. However, a coach also can impede your performance, make you overconfident (or strip your confidence), wreck your work, damage your job, and hamper your career. Which would you prefer?

The third most important attribute of a good coach is the ability to sit back and watch a “coachee” in action—to observe with one’s eyes open while keeping one’s mouth shut. A coach will understand body language along with its packets of four; will have a grasp of proxemics, will recognize when to throw a lifeline and when to leave well alone, watching the struggle turn into a swim.

Second on the list is the ability to listen—to understand the coachee’s point of view, to interpolate thoughts, and to predict actions. Critical evaluation is essential so that quality may be assayed and flaws addressed. A coach should concentrate on the messages being conveyed, the impressions given, and any misconceptions projected.

Most important of all is the coach’s ability to put these two things together. Only then should a coach’s mouth be engaged, with apposite questions being asked and observations made. A coach’s voice is a salt cellar that adds flavor and meaning in small doses, but can be overwhelming and potentially poisonous when sprayed about too often.

To assess whether a coach is likely to be able to do these things, look for two telltales:

Meanwhile, diplomas are too often earned over a couple of weekends for courses that nobody ever fails. If all somebody has are the letters Dip. after their name and yet they claim to be a qualified coach, then they haven’t tried hard enough and should be avoided. Be sure to “Dip” out of their way. Coaching is an art form that too often is undertaken by the artless; a skill played out by the untrained. Experience and diplomas are potential canards.

Arguably, the best qualification for a coach is to be a relevantly trained psychologist. In the U.S., the word, “psychologist,” can be trusted—the title is protected under the aegis of the American Psychological Association (APA). In the UK, anybody can call themselves a psychologist. It is an unprotected term, so look for somebody who has been Chartered by the British Psychological Society (BPS). Then, on whichever side of the pond you find yourself, look for a psychologist who specializes in business. In the U.S., membership in the APA’s Society for Industrial and Organizational Psychology is a good sign; in the UK, the top title is a registered occupational psychologist.

With a properly qualified coach, the coachee receives the benefit of years of training, a finessed understanding of the human condition, and applied business experience, but that is not enough. There is no such thing as a universally great coach, but there is a great coach for you. And that depends on both expertise and rapport. You need both, otherwise you are eating a steak with just a knife (and you can’t use your fingers).

You will need a chemistry test with whomever you plan to work, a 20-minute conversation (at least) to assess the potential of working together. If you do not warm to one another, walk away. A good coach will want to assess you, too. It is much harder to help when rapport is missing in either direction.

Once you have your coach, make special note of your first session. You will be continuing—in the best way possible—to test one another out, with each side wondering, “Will I able to work with this person?” So look for somebody who will challenge your ideas constructively and will make useful augmentations to your approaches and offer alternative suggestions.

Along the same lines, you are looking for honest feedback but not pointed criticism. Direct ego-bruising is beyond a coach’s remit. A coachee often requires a business approach to be rebuilt, but not for an entire personality to be dismantled. The latter is a job for a therapist. A coach provides encouragement and support; feedback, not criticism.

Where criticism does exist, it should be self-criticism, generated by the coachee and based on goals agreed on in advance with the coach. This creates accountability, produces targets, and sets milestones. Progress can be measured. A skilled coach will point a coachee toward improvement that the coachee then chases under supervision at first, but flying solo as soon as practicable. Coaches will help coachees reflect on their actions and become more self-aware. No character, no business approach, nobody is perfect.

The focus should always be on the coachee. While a little self-disclosure from the coach is welcome—along with short, rare narratives to highlight an experience or two—it should never be the Coach Show. The limelight belongs with the coachee, especially if that coachee is shy or reticent.

To this end, a coach must be a skilled questioner and should be able to show the training received when asked to do so. If the answer runs along the lines of “I picked up all I know in the boardroom/at the school of hard knocks/in the sales arena, etc.,” then walk away quickly in the opposite direction. This is another example of where a coach has not bothered to learn the requisite skills, so why should you pay them money?

A coach often is paid for by a coachee’s employer. So find out where the coach’s loyalties lie. If you cannot rely on confidentiality and discretion, then don’t begin working with the coach. You would be far better spending your own money on somebody you can trust with your secrets.

In short, remember to seek qualifications, relevant skill, experience, rapport, and trust. With these things in place, the coachee/coach relationship is set fair, the career boosters may be applied, and a better future lined up.

How to Dance Your Way to Better Leadership

What vendors have the most effective products, tools, or solutions to help you get the job done? Your opinion matters – cast your vote today in the market’s top peer-reviewed awards program.

Show your emerging leaders that you recognize their hard work and value their contributions. Training’s Emerging Training Leaders awards program aims to recognize professionals who have been in the training/learning and development industry between 2 and 10 years, and have demonstrated exceptional leadership skills, business savvy, and training instincts.

What is the future of digital learning?