Evolutionary leadership is one of the newer terms related to leadership. It offers a multi-dimensional perspective drawn from the latest business school research, as well as positive psychology, integral theory, and spirituality. One definition of “evolution” is that it is a gradual process in which something changes into a different and usually better or more complex form. Other definitions talk about change that occurs over successive generations. So how do evolution and leadership come together?

Evolutionary leadership has less to do with what you do, and more to do with what you believe in and value. Evolutionary leaders are, by definition, self-aware and constantly strive to keep their egos in check. They are connected to a higher vision and know that becoming the best leader they can be is a process they will never complete. Instead of finding this discouraging, however, they are motivated and fueled by their sense of purpose to keep learning, and to push the boundaries of what cutting-edge leadership looks like, not only for themselves but for all of those who will follow. Craig Hamilton, the former editor of EnlighteNext magazine and the founder of Integral Enlightenment, elaborates on many of the concepts below in workshops he runs for thousands of learners all over the globe.

Evolutionary leaders are committed to the continuous growth and evolution of themselves and those around them, and have consciously chosen to use their roles to accelerate climates of learning and growth in service to their stakeholders, their communities and the world.

Deborah Busser is a consultant at Camden Consulting Group (http://www.camdenconsulting.com), and brings more than 20 years of corporate leadership experience in talent development and acquisition, employee relations, and marketing to her work with senior executives in financial services, high technology, health care, biotechnology, and higher education. She has served as an executive coach and mentor, facilitating leadership development programs and delivering coach training programs within the U.S., United Kingdom, Israel, Ireland, and Cyprus. Busser spent 10 years in various HR and line roles with Fidelity Investments before starting her own consulting firm that works with senior business leaders to maximize individual and team performance. Additionally, Busser has partnered with Keystone Associates and Camden Consulting, respectively, to provide career management and executive coaching to senior clientele. Busser has a Bachelor’s degree in Business Administration and Marketing, and a Master’s degree in Community Social Psychology from the University of Massachusetts, Lowell, where she has also been an adjunct professor. 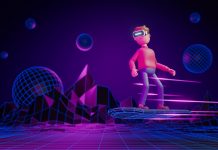 The Learning Leader’s Guide to Embracing the Metaverse 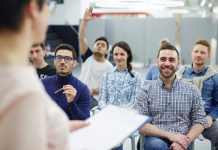