Goodnews Cadogan is an executive leadership and professional-life coach who focuses on individual, team, and organization development. As founder of the nonprofit Centre for Courageous Authenticity in Leadership in South Africa, he stresses advocacy, research, displays of courage and authenticity, and professionalism as a means of effecting lasting change or transformation. “My observation over the last 20 to 30 years is that leaders are struggling to exercise courage and authenticity,” Cadogan explains. “They capitulate in the face of threat, they lie to blend into the environments in which they operate, and they don’t appear as who they are. They appear as who they want to be, to fit the description of those who can dispense patronage to them. This (patronage) could be either monetary or non-monetary rewards from those who have the power to dispense them.”

Cadogan says that in South Africa, his experience is this is much more prominent in what he refers to as the “out-group” people. “In every situation, there is an ‘in-group’ and an ‘out-group,’ and in South Africa, the out-group people are, in most instances, women and black people,” he notes. “They are not able to be who they are. So, at the Centre for Courageous Authenticity in Leadership, we assist leaders to be more of who they are and help them develop courage and authenticity. It all can be linked to who they want to be and what impact they want to have. This can be impact on their family, impact on their team as an executive leader, impact on the business unit, impact on the enterprise, impact on society—it could be a country, a village, a region, a number of countries. It could even be impact across Africa.”

Cadogan recently presented at Novartis’ Africa University. Afterward, I sat down with him to discuss leadership skills and obtain specific insights on leading in Africa.

Q: What is your values-based leadership approach?

A: Sometimes we don’t really know what it means to have organizational values. And sometimes simply because an organization does not articulate its values, we assume it doesn’t have any. Sometimes organizations have values they put up on the wall yet never demonstrate. We call these “espoused values”—these are the values they wish to have, but often don’t practice, because they are not aligned with their belief system. Values-based leadership is leadership that emerges out of a deliberate process of values creation, and holding leaders accountable for them, including making it a requirement to display these values in order to be promoted, earn risk-based pay, and even keep one’s job as a leader.

We need to build organizations around deliberate values that have been designed and thought through by everyone in the organization. Behaviors or decisions made by leaders must be made in alignment with the values they want everyone to share and that they themselves believe in. It’s about the way you hire people, the way you manage those people across the lifecycle of the organization, and the way they exit. It’s about the investments you make, the markets you enter, the markets you don’t enter, the structure of the organization, whether it becomes capital intensive or labor intensive, and for what purpose. It’s also about whether you pay bribes or you don’t; it’s about the role you want to play in society as an organization.

Q: Are there unique characteristics needed to be an effective leader in Africa?

A: Not exactly. One of the things I’ve noticed in looking at global leadership development is that there are more noises made—even in the U.S. and some parts of Europe—about going back to humanity and humanness, valuing what we call in Africa ubuntu, “I am because you are.”

There’s a lot of global questioning of the current and prevailing values in organizations. Leaders have to be much more aware of the environment in which they operate. From global sustainability to climate change and other issues that are not narrowly business, leaders are showing a global shift toward becoming much more conscious. So, leading in Africa is the same as leading in China, in Asia, in Europe, in the U.S., and in South America.

Q: There must be some unique challenges in Africa.

A: There is a history around how the rest of the world deals with Africa. And that history involves seeing Africa as a backward group of people, seeing Africa as a continent that can be dealt with in the parent-child mode, where Africa must fit in with whatever the developed world has put on its agenda. That’s what makes it challenging to be a leader in Africa—because now suddenly you have to treat Africans as equal partners, collaboration partners. At the end of the day, it’s about sustainability. So you want leaders who have an impact today, tomorrow, and forever—not leaders who are just going to deliver on quarterly results.

Speaking from a Western point of view, as a leader representing a multinational, I may not have as long a tenure in Africa as I thought, because I have to transfer skills to others who are Africans so they can continue to lead the best way they know.

Q: Are there misconceptions or myths about doing business in Africa that should be corrected?

A: Yes. There is this myth around thinking that Africans are all the same. There are regional differences in Africa. There are country-specific differences within each country; there are also major tribal and language differences. In South Africa alone, we have 12 official languages, and there are more than 200 languages in Nigeria. The diversity one has to contend with compared to Europe, for example, is much more complex. Just by crossing a river, you may end up speaking a different language, while you can travel for miles and miles in the U.S., and you’ll still be speaking English.

Q: Do you have an example of effective leadership in Africa?

A: The story of South African Revenue Services is an example of an organization rising from the ashes; it is a reflection of quality leadership. I remember when we launched a program called Siyakha, which means “we are building.” Launched by the commissioner at the time (who is currently the Minister of Finance), the program involved more than 300 internal consultants who became part of the transformation process. In other organizations, the big consulting firms usually come in, survey the place, implement new processes, and leave employees with the skills to do things. We did it differently. Yes, we did have two or three big consulting firms over the 10 years we were going through this, but they were there to support us as we built our own internal culture.

It’s wrong when you hand over the leadership of the organization to the consultants and they define the agenda, do things for you, and walk away with the blueprints. That means every time you need revolutionary change, you have to invite them in again.

Q: How do you measure success?

A: I see it as a social behavior shift. That is my No. 1 measure for the success of the South African Revenue Services. Before 1994, cheating on your taxes was like a national sport. It was something that was boasted about at dinner parties. But after we went through the research process, it became clear we needed to do three things:

Q: How can a program like the Africa University benefit Novartis?

A: I like the approach that focuses on the individual, the leader, and getting them to answer the question, “Who am I?” so they are not surprised by their actions, thoughts, decisions, and the choices they make. I expect Novartis to get more capable leaders from this, leaders who are not only aware of themselves but aware of their surroundings within the global context. These leaders will understand that even if they’re from one part of Africa operating in another part of Africa, or from Europe and operating in Asia, they will be equally competent wherever they are, because they have a deliberate process, a way of dealing with themselves, their team, the organization they serve, and others.

This is an 18-month program, and it allows leaders to immerse themselves in a work environment and apply each block of learning, and reflect on it, change course, and see what it is they can change and do better. I expect they will be less fearful of trying new things, and I am sure it will build more authentic leaders who are not afraid to show up on Monday morning.

Frank Waltmann is head of Corporate Learning at Novartis, a Swiss pharmaceuticals and life sciences company.

You CAN Take It with You 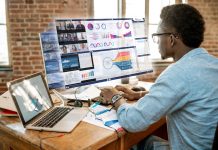 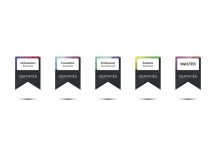