As we move into the digital economy, another border is being challenged: the one between human and machine. Machines, as well as people, are beginning to be thought of as talent. Did you know that a Japanese venture capital firm has named an artificial intelligence machine to its board of directors?

What is meant by Intelligent Human-Machine Collaboration (IHMC)? Participants at a 2012 workshop organized by the Board on Global Science and Technology of the National Research Council suggested several definitions:

IHCM is made possible by cognitive technologies—machines that use speech recognition, computer vision, and machine learning to talk, see, read, listen, and even learn by watching YouTube videos. A 2015 study at the University of Maryland had robots learn to use kitchen tools by watching videos.

A Different Type of Blended Workforce

Is all of this too far into the future to be of interest to today’s organizations? Not according to Deloitte’s Global Human Capital Trends 2015. Sixty percent of leaders in the survey rated the issue of “machines as talent” as important or very important. Only 5 percent of executives, however, feel they have a detailed understanding of how cognitive computing will affect their workforce, i.e., how organizations, management, and jobs will need redesigning.

An Accenture survey of 2,000 executives showed that 77 percent expect employees and intelligent machines to increasingly work side-by-side in a collaborative way. The report refers to this collaboration as a “blended workforce.”

“Automation” tends to grab the headlines, but to say that these machines are aimed at replacing human workers is far too simplistic. They will supplant human beings on some routine tasks, of course, but the real value will be in complementing or augmenting human capabilities.

Have you heard of Foldit? Foldit is an online game developed by the University of Washington’s Center for Game Science and the Department of Biochemistry in 2008. Proteins—which are tiny “machines” handling nearly all functions in living organisms—only work properly in a body if they are correctly shaped (folded), i.e., the shape allows the amino acids to engage in biochemical reactions. Predicting the shapes of folding proteins involves trillions of calculations. Understanding how a specific protein folds into the correct shape is vital to understanding causes of disease and the development of new drug therapies. Folding irregularities are associated with a range of health problems, from allergies to neurodegenerative disorders.

Players of Foldit are presented with a model of a protein they can fold by using a set of tools in the game (with user-friendly names such as “wiggle, “shake,” and “freeze”). The game assesses how good of a fold a player (or a team) has made, and gives a score. The score is based on the stability of the folded structure. The scores are uploaded to a leaderboard, which, in the spirit of gamification, allows for competition between the players worldwide. Strategies can be shared in chat rooms and blogs. When a folding problem requires an intuitive leap or strategy shift, the human players outshine the computers. Researchers analyze the highest-scoring solutions for potential application. Foldit has produced predictions that outperform the best-known computational methods. Results have been reported in the journal, Nature, with credit to more than 57,000 authors (players). What is also remarkable is that the vast majority of players have no background in biochemistry.

In 2011, Foldit players contributed to deciphering the crystal structure of the Mason-Pfizer monkey virus—an AIDS-causing monkey virus. They produced an accurate 3-D model of the enzyme in 10 days; scientist had been working on this problem for 15 years. Foldit players also have worked on molecules linked to cancer and Alzheimer’s.

Back in 1997, world chess champion Garry Kasparov was defeated by IBM’s Deep Blue computer. Since that time, a new form of chess has developed—Centaur Chess—in which the human and machine play as a team. Chess experts say the chess played is better than either humans or computers could have managed on their own.

In its Technology Vision 2015, Accenture talks of the “reimagined workforce” in which people and machines work as a collaborative team. “According to 77 percent of the executives we surveyed, within three years, companies will need to focus on training their machines as much as they do on training their people (e.g., using intelligent software, algorithms, and machine learning).”

Perhaps much sooner than we imagine, the whole world of training and development will become unrecognizable. We will train machines that continue learning through interacting with other humans in different environments. In turn, the machines will train us on how to train them to get the best value out of human-machine collaboration.

I’m thinking of retiring soon before my obsolescence really kicks in!

Terence Brake is the director of Learning & Innovation, TMA World (http://www.tmaworld.com/training-solutions/), which provides blended learning solutions for developing talent with borderless working capabilities. Brake specializes in the globalization process and organizational design, cross-cultural management, global leadership, transnational teamwork, and the borderless workplace. He has designed, developed, and delivered training programs for numerous Fortune 500 clients in the United States, Europe, and Asia. Brake is the author of six books on international management, including “Where in the World Is My Team?” (Wiley, 2009) and e-book “The Borderless Workplace.” 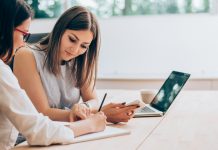