The topic of leadership can be compared with noise. There is so much of it on the Web and in books that it is only natural to tune it out. Search online for “leadership” and you get 382 million places to look for guidance. Amazon sells 87,804 books related to the subject.

Despite the voluminous literature, the need for effective leaders has never been greater. According to Heidrick and Struggles, a global provider of executive search services, 40 percent of executives are either fired or quit within 18 months. Other reports indicate that the number is significantly higher. With these numbers, it should occur to those charged with selecting people for leadership positions that what we are doing is not working. In what other jobs could failure rates of this magnitude be tolerated? Whether choosing someone to lead a multi-billion dollar global company, a civic club president, or a supervisor for the third shift in a manufacturing plant, the failure rates are about the same.

There is no shortage of people with advice on how to be a leader. Advice comes from every possible source: ex-military leaders, ex-political leaders, religious leaders, university professors, every CEO whose company made a profit for more than one year, and, of course, every athletic coach with a winning record. I’m sure you can think of others.

It’s not that we cannot learn from the experience of others, as that is one of the ways we learn. However, when it comes to leadership, whether written by GE’s Jack Welch or General Colin Powell, leadership books and articles are, for the most part, historical accounts of leaders who believe they have experiences of value to others. Yet, they rely largely on memory of personal experiences that may or may not have been causative, but are certainly selective as they can’t remember everything. What Jack Welch says he did and what he actually did may be different, for example, as memory is almost never 100 percent accurate.

Another problem is that success in any field does not necessarily constitute effective leadership. We all know people who were successful at their jobs not because of what they did but because of the times and conditions that prevailed during their tenure. Money doesn’t make you a leader. Neither does success. Therefore, how can an aspiring leader know what advice to follow and what to ignore?

I think a big part what is contributing to of the leadership problem is that executive recruiters, HR, boards of directors, senior managers, etc., have been looking at the wrong things to determine whether a person can be, or is, an effective leader. They typically look at operational experience, track record, IQ, EQ (emotional intelligence—whatever that is) and for someone who is mentally agile, innovative, decisive, confident, and possesses good verbal skills and a zest for learning. In other words, they look at the behaviors of the leader. Big mistake!

I have been in too many companies in which the criterion for promotion in the management ranks nearly always is focused on results. The CEO of Heidrick and Struggles recently said that operational experience was the No. 1 factor in looking for a C-suite candidate. Although he mentioned CQ (Cultural Quotient or cultural fit) as an important criterion used for selecting candidates, almost all are what safety professionals call “lagging indicators.” What this means is they see little data on how those results were attained. Were they attained by intimidation, threat, or some other form of pressure? Although goals were met, was it possible that an effective leader could have accomplished much more?

Look at Followers’ Behavior, not Leaders’

Since the mission of a leader is to create willing followers, it is necessary to look at the impact of the leader’s behavior, not at the behavior itself, to determine effectiveness. Most people can relate to managers they have known who thought they were positive and well-liked when they were not. It is possible that a leader may be observed telling employees they are doing a good job, congratulating them on accomplishments, etc., and think he or she is doing things an effective leader does. However, if the employees think the leader is a jerk, is two-faced, and someone who claims credit that really belongs to others, then it is unlikely employees will respond to his or her requests with maximum effort.

If effective leadership is about willing followers, all of the following questions should be answered, “Yes.”

If you get a “No” or “I don’t know” answer to any of the eight questions, here’s some advice to consider: 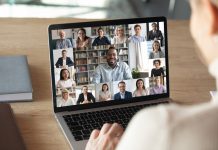 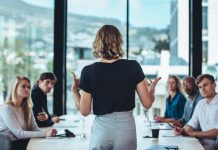 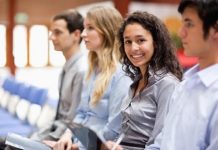 How Learning and Development Can Help Keep Younger Employees Engaged