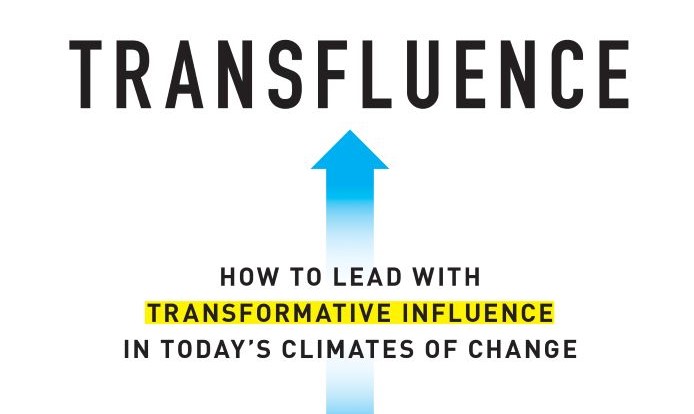 I was appointed CEO of global real estate company Prologis at the height of the Great Recession of 2008, the company’s stock had dropped from more than $70 per share to approximately $2 per share in 10 months, making it the third-worst performing company in the S&P 500. But in just three years, I helped return Prologis to profitability and recognition by the Wall Street Journal as “one of the commercial property turnaround stories to come out of the downturn.”

I achieved this multi-billion-dollar turnaround in the last recession with an approach I call “transformative influence.”

Some people see no place for “heart” and “love” in leadership. They think it’s soft and weak. But more and more organizations are discovering the business value of heart. Yum! Brands, owner of Pizza Hut, Taco Bell, and Kentucky Fried Chicken, has put thousands of employees through a “Heartstyles” training. It includes a “character development tool” that measures behaviors related to humility, love, pride, and fear. And the Wall Street Journal reported in 2016 that Cisco Systems, Breakthru Beverage Group, and Ford Motor Co. were among the many companies “investing in empathy training to improve management, retain employees, or guide design decisions.”

Like other audiences who had done this exercise, we were stunned to see around 95 percent of the sticky notes ended up on the EQ easel. And it didn’t matter whether they were good or bad, the characteristics that stood out most were almost all tied to emotional intelligence. Why? Because people trust leaders who care about them, and they despise leaders who don’t. We assume leaders will have technical and intellectual qualities. We expect our leaders to be smart. We expect our leaders to have the technical skills they need for their jobs. But it’s their relational skills—those that come from their heart— that really shape the quality of their leadership.

When people are promoted in your organization, are they evaluated to see if their emotional skills are suited for their new roles? In most organizations, the answer is “No.” In fact, most organizations don’t test their future leaders at all. Many promote solely on technical skills, intellectual abilities, or tenure. Too often, people are promoted to do something they just aren’t capable of doing. Nine times out of 10, it’s because they were promoted into leadership roles they weren’t prepared to handle. And after the promotion, they aren’t counseled in how to succeed. Ultimately, organizational trust suffers.

In caregiving organizations, those who place a high value on leading with heart, coaching, and mentoring are front and center in strategic importance. They create awareness in at least five areas for every employee in their organizations.

First, they make sure all employees have a clear understanding of their strengths and weaknesses. An assessment can create a baseline of facts, not opinions. There are a number of personalized tests that can be taken in the market. Everyone in every organization should take one, have the results evaluated with them, and have them communicated to appropriate managers in the organization.

Second, they make sure all employees know what others think of their performance. It’s surprising to me how many organizations still don’t conduct 360-degree evaluations for their entire team. They should. Continuously. (But only with the motive of developing employees.)

Third, they make sure all employees know how to apply the organization’s strategy and values in their day-to-day jobs. This needs to be enforced over and over in discussions and evaluations in superior/subordinate relationships.

Fourth, they make sure all employees are given continual opportunities to improve their skills and value throughout the entire organization.

And finally, they make sure all employees are challenged to live out the organizational values—at work, at home, and in their communities. People need to be encouraged to think broadly about their contribution to society. In doing so, they will make better managers when the time comes for them to do so. I find this final discussion rarely takes place in most organizations. It should.

Organizations that place a high value on heart also invest time with their people. I traveled frequently as an executive with Prologis, but I typically spent a few days each week at our headquarters in Denver. When I was there, I rarely had lunch with another member of the senior management team. Instead, I made it a point to pick someone in the cafeteria I didn’t know well, buy them lunch, and spend a half an hour with them talking about their jobs, families, and concerns. I spent most of my time asking questions and listening.

We also instituted brown bag lunches where I met with whole departments to answer questions about whatever they wanted to talk about. When I traveled to our different offices, I’d sit down with our employees—usually 15 to 20—and we’d talk about whatever they wanted to discuss. Sometimes I had answers for them, and sometimes I didn’t. The most important thing was that I tried my best to invest time with them. I got to know them and learned what mattered to them, personally and professionally. People respected that, and it helped me earn their trust.

My friend, Debra Cafaro, knows that building trust is a product of spending time with people, but she also knows that some of those interactions don’t come with smiley-face emojis. Cafaro is the chairman and CEO of Ventas, a real estate investment trust that focuses on the healthcare industry. She’s learned that earning trust requires authenticity, and authenticity is sometimes a bit messy. By working through differences in sincere and respectful ways, she’s earned trust that creates loyalty and results in value, not divisiveness.

“I still get mad occasionally,” she told me. “I lose my temper more than I would like. I have extreme standards for performance and excellence. So I can mix it up in ways that are not always models of good leadership. But people know I’m being honest. And I tell people this who are new to our organization: ‘Look, I might get mad in the moment. But we end up solving problems and supporting each other no matter what goes wrong.’”

The disagreements are easier to overcome, she said, if you’ve invested in thousands of interactions that involve positive, constructive praise. People are more likely to speak up with differing views or take risks if they’ve seen a leader reward those actions over and over and over. And they are more likely to forgive a leader who has proven over time that she genuinely cares. I’ve learned over the years that spending time with people and getting to know them is the best way to appreciate them for who they are, not just what they do. And when they know you appreciate them for who they are, you build trust.

When a leader’s microclimate includes heart, that leader, without fail, will operate as a conductor not a soloist.

Soloists perform alone, with little or no help from others, and they crave recognition in the same way a singer on stage covets a standing ovation from the audience. When the spotlight homes in on a soloist, it’s all about their personal performance. It’s not that they don’t need to trust and serve others, or that others don’t play a role in their success, but they are living in a self-focused moment.

Conductors, on the other hand, understand their success is tied to the success of those around them. They create an environment in which all the performers trust in themselves and each other. They serve everyone in the orchestra to ensure each individual and each section is in a position to work together and bring their music to life. They organize, inspire, empower, and monitor. They win only if everyone wins with them.

Published by permission of Post Hill Press from “Transfluence: How to Lead with Transformative Influence in Today’s Climates of Change” by Walt Rakowich. © 2020 by Walter C. Rakowich.

Walt Rakowich is the former CEO of Prologis, a NYSE company and a member of the S&P 500, a global real estate company that was near collapse when he took over as CEO in 2008. As CEO, Rakowich  quickly implemented a change in culture through transparency, orchestrating a dramatic turnaround and restoring its position in the industry. In addition to speaking to audiences on a range of leadership topics, Rakowich  also serves on a number of corporate and philanthropic boards. Before starting his business career, Rakowich  attended the Pennsylvania State University where he received his BS in accounting. He went on to earn his MBA from Harvard Business School. In his free time, Rakowich  enjoys traveling, mentoring youth, and participating in a wide range of community service initiatives. 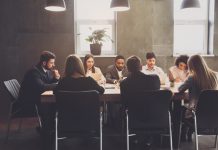 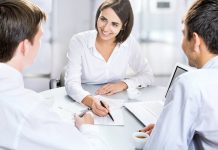 4 Ways Most Managers Spend Their Time, and What to Do Instead 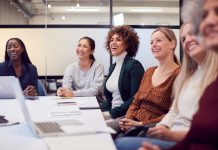