Our planning session was occurring and there he was. A Hilton employee quietly entered with copies in his hand. He was the red-headed front desk guy who told me he would make copies. My plan was to go pick them up during the break, but then there he was. Bright, cheerful, and bringing added value. That put the San Diego Hilton Garden Mission Valley on the fast track to being my favorite hotel. He was nice.

The taxi was green…it stands out in my memory because green is my favorite color. The driver was early for my 6 p.m. departure and efficiently stowed my bag in the trunk. I made a call and then we talked. He was a perfect cab driver. The car was a Prius and very clean. As I exited at the airport, he fist-bumped me, gave me his card, and told me to call when needed. I will. He was nice.

It was 5 a.m. I was downstairs at the Double Tree in a foreign land. The sign said coffee from the coffee maker cost $2 a cup. I got a cup and got to work at the bar. The sandy-haired, middle-aged night desk clerk came up to me and said, “The coffee is on me sir. I cannot stand that you must pay.”

I responded, “It’s free at other Hilton properties.”

He agreed. “But not here. You are a good customer and yet you must pay.” Then he added, “But not with me, you don’t.” Now that is being nice, and he and his hotel won my heart.

In these three cases, the men involved impacted me in a positive way. They left me feeling open to doing business with them in the future and feeling good about our interactions. It all impacts, and they were just being nice to me. I have at least a hundred service interactions a week, as do you. Most of them are bland and unmemorable; some are nasty and negative; and a few, the exceptions such as the above, are sublime.

On the Flip Side…

I recently was at a dining establishment in a great location. It has some notoriety and fame as it is near an aircraft carrier with jet fighters on its deck, right on the bay with water views. It promotes itself as the primo Fish Market with glass cases full of big slabs of red, white, and off-white slabs of fish meat. The hostess was proficient; the server was benign and capable. The food was fresh, but the meal I had was not special, and no one looked like they were particularly out to make it special. As I reflected about it, there really is no need to go back. Been there, done that. There will be no next time. This experience—not so nice

I was late, so I jumped into a cab during rush hour and asked to go to 40 University.

“You can walk,” the cab driver said.

He harrumphed, mumbling something like he’ll “lose his place in line “and off we went.

His attitude continued. Then he asked when I was going to the airport. Based on his customer service, I was not strongly considering him for the $70 airport ride. He was not nice.

This next example is not directly about service, but it does make the same point. At 8:10 a.m., silence surrounded the conference table as the 10 people looked at their phones and laptops. “Where was Nick?” I asked, drawing blank looks from all around the table. They all had worked together for years. “Can someone text him?” I asked. No one could because no one had his cell phone number.

No word from Nick. Then suddenly, he arrived. “Sorry,” he said, and that was it. No apology for not reaching out or communicating that he was going to be late—how rude. Children, traffic, circumstances were ruling the day, and he was a victim. Now we could start with 10 minutes of everyone’s time gone. We all have been in meetings like that. Not being in communication impacts—it all impacts.

So what does this mean? Well, the good news regarding service is that being nice works and engenders customer loyalty. Being nice is rare in service interactions and, therefore, is a secret weapon. Try being extra, extra, extra nice the next time you provide service. See what happens. Write me and let me know. Now that would be nice—and have an impact!

From growing up in his family’s boating business to founding his company CMI, Bruce Hodes has dedicated himself to helping companies grow by developing executive leadership teams, business leaders, and executives into powerful performers. His adaptable Breakthrough Strategic Business Planning methodology has been specifically designed for small to mid-sized companies and is especially valuable for family company challenges. In February 2012, Hodes published his first book, “Front-Line Heroes: How to Battle the Business Tsunami by Developing Performance-Oriented Cultures.” With a background in psychotherapy, Hodes also has an MBA from Northwestern University and a Masters in Clinical Social Work. For more information, e-mail bhodes@cmiteamwork.com, call 800.883.7995, or visit www.cmiteamwork.com 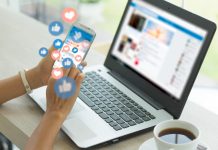 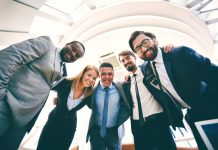