The human brain cannot deliberately concentrate on two separate objects or ideas, no matter how dissimilar, no matter how remote, without eventually forming a connection between them. According to his own story, Isaac Newton conceived of universal gravitation when he observed an apple falling and, at the same time, noticed the moon in the sky. These random simultaneous images inspired him to speculate on whether the same laws governed the falling apple and the moon orbiting the earth. This, in turn, led him to develop the laws of mechanics and establish mathematical analysis and modeling as the principal foundations of science and engineering.

Newton’s conceptual combination created new science. The same process can help you to get the ideas you need in the business world. James Lavoie and Joseph Marino, cofounders of Rite-Solutions, did just that when they needed an employee suggestion system that could harvest ideas from everyone in the company, including engineers, accountants, salespeople, marketing people, and all administrative staff.

They wanted a process that would get their employees to creatively invest in the company. The word invest encouraged them to find ways to invest. One association was the New York Stock Exchange.

Rite-Solutions combined the architecture of the stock exchange with the architecture of an in-house company stock market and created a stock exchange for ideas. The company’s internal exchange is called Mutual Fun. In this private exchange, any employee can offer a proposal to create a new product or spin-off, to solve a problem, to acquire new technologies or companies, and so on. These proposals become stocks and are given ticker symbols identifying the proposals.

As reported in TheNew York Times, “Fifty-five stocks are listed on the company’s internal stock exchange. Each stock comes with a detailed description—called an expect-us, as opposed to a prospectus—and begins trading at a price of $10. Every employee gets $10,000 in ‘opinion money’ to allocate among the offerings, and employees signal their enthusiasm by investing in a stock or volunteering to work on the project.”

The result has been a resounding success. Among the company’s core technologies are pattern-recognition algorithms used in military applications, as well as for electronic gambling systems at casinos. An administrative employee with no technical expertise was fascinated with one of the company’s existing technologies and spent time thinking about other ways it could be used. One pathway she explored was education. She proposed that this technology could be used in schools to create an entertaining way for students to learn history or math. She started a stock called Win/Play/Learn (symbol: WPL), which attracted a lot of attention from the company’s engineers. They enthusiastically bought her stock and volunteered to work on the idea to turn it into a viable new product, which they did. A brilliant idea from an unlikely source was made possible by the new employee suggestion system. Just as Isaac Newton got his insight by combining images of a falling apple and the moon, this corporation created an innovative employee-suggestion system by blending the concepts of the New York Stock Exchange and employee suggestions.

This Is a Natural Way of Thinking

Blending concepts is a way of thinking and imagining so natural that we don’t even notice how fantastic this ability is. A good example is the ordinary metaphor. If you look at a phrase such as “They are digging their financial grave,” you know immediately what is meant. Yet there is no connection whatsoever between digging a grave and investing money. There is no logical way to connect graves and money. How is it possible to know what this means?

Your mind takes one input, “grave digging,” and another input, “financial investment,” and conceptually blends them together. But the meaning isn’t contained in either input; the meaning is constructed in the blend. Through conscious and subconscious elaboration, the blend develops a structure not provided by the inputs to create an emergent new meaning.

How can you connect a coconut, a sensor, and airplane noise? An activist-researcher whose work focuses on the intersections between art, activism, and technology became annoyed at the noise made by aircraft flying over the city he lived in. He constructed a site-specific art installation, Tripwire, which responded to the relationship between the airport and downtown. He placed sensors inside coconuts and hung them from trees in several downtown locations to monitor aircraft noise. Detection of excessive aircraft noise causes the sensors to trigger automated telephone calls to the airport’s complaint line on behalf of the city’s residents and wildlife.

Use Pictures and Illustrations as Random Stimuli

Pictures, photographs, and illustrations are excellent sources of unrelated stimuli. Select two or three interesting pictures at random that have nothing to do with your problem. Describe one of the pictures in detail. List descriptors—list everything that comes to mind: imagery, feelings, words, phrases, and so on. If you think of absurd material, list that too. Then force yourself to conceptually blend the descriptors with your challenge.

This is what a sales manager for a pharmaceutical company did. She filled one whole office wall with interesting pictures of landscapes, products, people, animals, and symbols. Every time she found something interesting, she tacked it on the wall. One day, she wanted an idea to differentiate her business cards from the competition.

She looked at the pictures on the wall. One was a picture of a rural road through a field of sunflowers, and the other was a sunset over a field of flowers. She wrote every descriptor that came to mind for roads, sunsets, and flowers. One of her descriptors for the field of flowers was “seed.” The idea of a “seed” intrigued her, as she thought of a business card as a seed for future business.

Over the next few hours, she simultaneously thought about a seed and business cards, and then conceptually blended the two into an ingenious idea. She had the company’s business cards embedded with flower seeds. Once a customer reads the card, he can place it in a glass of water or in the ground, and within a few days it will start to grow. Now the card becomes a flower that constantly reminds the customer of the company. This is the kind of idea you cannot get using the prejudices of logical thinking.

We all have the gift to make associations like these. Psychologists have found that if you put people in a room with a contraption containing lightbulbs wired to blink on and off at random, they will quickly discern what they believe are patterns and will develop theories for predicting which bulb will be next to blink. Our genius as humans is our ability to create elaborate architectures in our imaginations to invent patterns and make new connections.

Michael Michalko is the author of “Creative Thinkering,” “Thinkertoys,” “Cracking Creativity,” and “ThinkPak.” While an army officer, he organized a team of NATO intelligence specialists and international academics to find the best inventive thinking method. He has expanded and taught these techniques to numerous Fortune 500 companies and organizations. Visit him online at http://www.CreativeThinking.net. 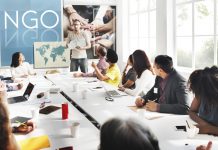 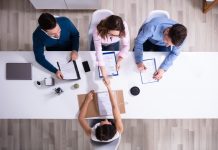