Perhaps riding the wave of the “Great Resignation,” training salaries took a sizable leap in 2021-2022, rising 5 percent to $91,474, according to Training magazine’s annual Salary Survey of 1,265 readers, which ran from late March to June 2022.

The average increase in salary in the last 12 months (not including a promotion or change of employer) was 4 percent, the same as 2020-2021. The majority (59 percent) of respondents typically work between 40 and 44 hours per week. Some 38 percent of respondents said their salary was low relative to their responsibilities, while 45 percent said it was equitable (vs. 37 and 52 percent, respectively, the prior year). Some 10 percent believe they are well paid relative to their responsibilities (down a bit from 11 percent last year). Fifty-two percent of respondents said they received a bonus in 2021, and 59 percent are eligible for one this year. The average cash bonus was $10,769, up a bit from $9,298 the year before.

Like last year, 68 percent of Training professionals said they wouldn’t choose another career if they could do it all over again. Popular answers for other careers included IT professional, lawyer, marine biologist, police officer, and professor/academic. 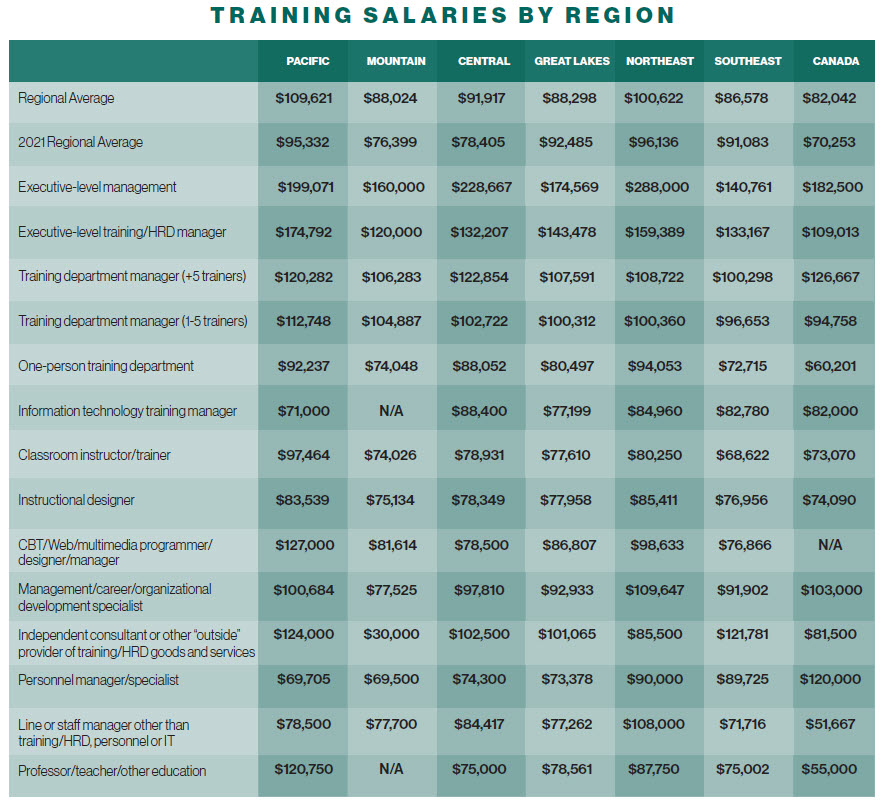 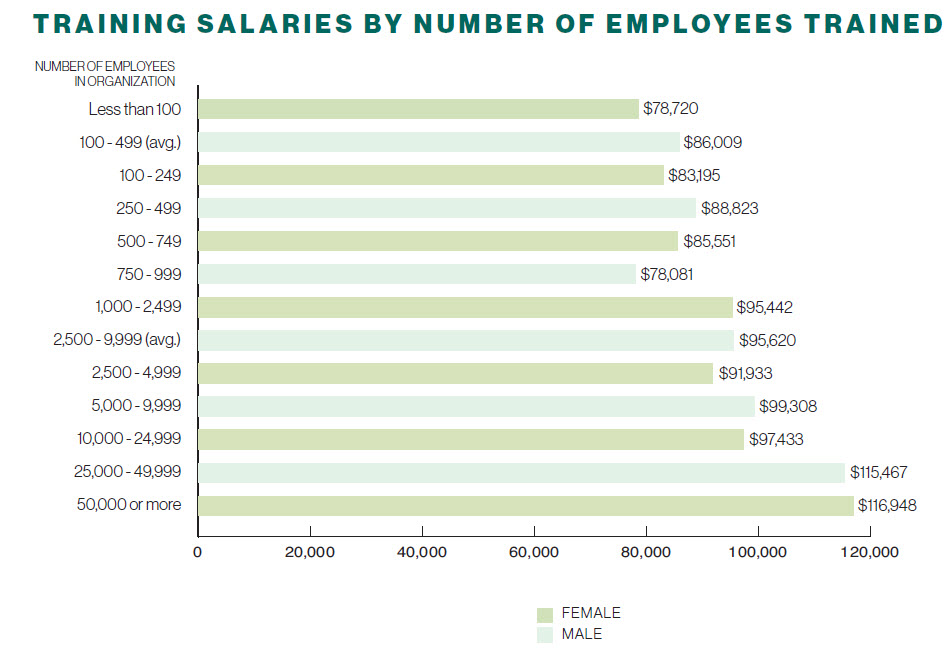 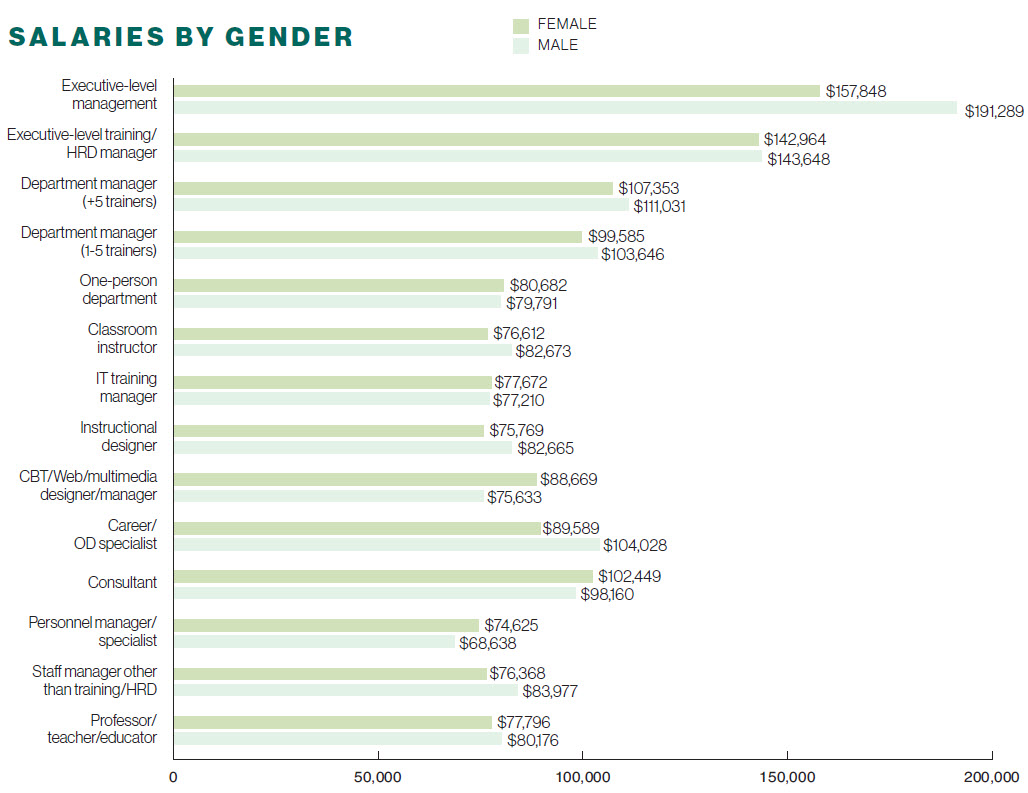 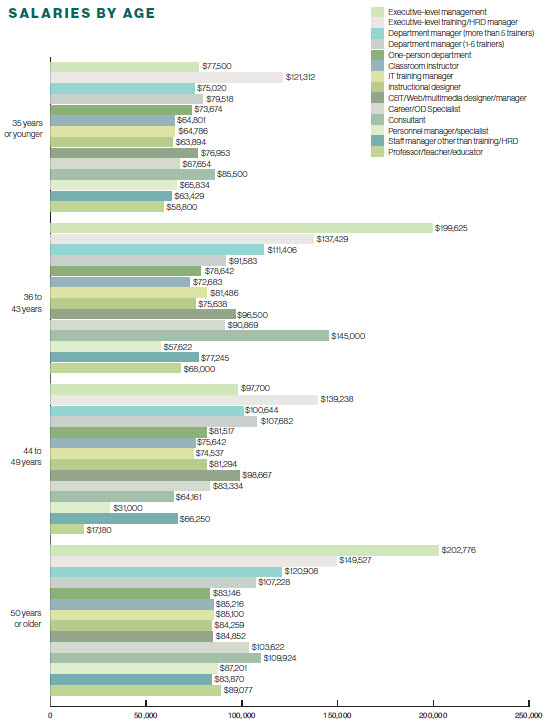