By focusing on “Exceptional Project Execution” as a strategic corporate goal, commercial construction company McCarthy Building Companies, Inc., has become one of the best in its industry at proactively managing risk. The company has many training tools on safety, quality, and legal issues, but a non-traditional training tool called the Pre-Mortem has become one of the most effective ways for project teams to communicate about, identify, prioritize, and assign responsibility for managing risk.

Sponsored by McCarthy’s president/COO, all leaders VP and above have been trained in Pre-Mortem use, and the Training Team offers facilitated sessions when requested. A Pre-Mortem is an engaging way of getting a team to recognize and plan for avoiding the most likely and impactful risks. Inspired by a mental simulation exercise in “The Power of Intuition” by Gary Klein, McCarthy adapted his method to identify real areas of risk and take proactive action to avoid them.

The McCarthy-adapted Pre-Mortem is a five-step process designed to be facilitated with a team:

Imagine your project has failed. Not a partial failure but a complete, devastating and embarrassing failure.

Step 2: Generate Reasons for the Failure

Ask, “What could have caused this to fail?” Spend the next five to seven minutes writing down all reasons the failure occurred. (Everyone should respond, increasing the number of discussion points.)

On a scale of 1-10, rate the impact of the issue, likelihood of the issue occurring, and quality of current mitigation controls in place. Calculate totals to drive discussion of the most important issues.

Step 5: Take Ownership of the Results

Using group discussion, build consensus around the areas of greatest concern. Use a matrix to assign owners and stakeholders for top issues.

The most influential element of the process and the most difficult to facilitate is the team’s acceptance that they are talking about the project as an actual horrible failure and not a possible failure. This subtle shift makes all the difference, forcing them to stretch their thinking about risk and impact.

A powerful example comes from one of McCarthy’s airport projects: A possible risk is accidentally cutting into a fuel pipe. Instead, imagine the fiasco of cutting into a fuel pipe and shutting down the entire airport because there is no way to fuel planes, stopping 1,600 flights and affecting 100,000 travelers It’s natural for most people not to imagine a failure of that magnitude, but a well facilitated Pre-Mortem forces them to not only imagine it, but plan to avoid it, as well.

This training has dramatically improved McCarthy’s risk exposure across the board. On one Southern California project, the company reduced its cost and exposure by nearly $250,000 through identifying a high-impact, high-likelihood risk with the masonry skin. The team took ownership and made it a priority, eliminating the need for additional headcount and avoiding rework.

Pre-Mortem Facilitation Skills training has been conducted more than 50 times, and McCarthy’s success at proactive risk management and Exceptional Project Execution can be seen in its Experience Modifier Rate (EMR) of 0.49 (among the lowest in the construction industry) and a key factor in its top insurance bonding position, and ClaimLatent Defect Rate dropping 74 percent in the last year. 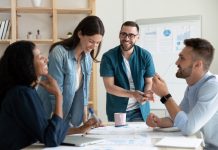 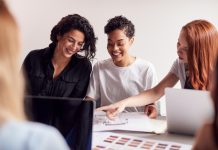 Building an Active Community Around Your Training Organization’s Brand