In response, SunTrust’s first step was to increase the limit of the Tuition Assistance Program (TAP) from $1,500 per teammate per year to the IRS-allowed maximum amount, $5,250. Next, SunTrust partnered with Bellevue University to develop a strategic approach to investment in higher education that would meet teammate needs, the business’ current needs, and maintain scalability to accommodate future educational needs.

SunTrust says its partnership with Bellevue was the first of its kind in the financial services industry. Through the partnership, the PATHways (Professional Advancement Through Higher Education) initiative and a customized Professional Banking Operations and Leadership (PBOL) Bachelor’s degree program were created. The program consists of 12 customized online college-level courses, which serve as “major” courses that typically would be taken during the latter two years of a four-year degree program. Courses were developed based on SunTrust-identified Key Performance Indicators to ensure that the program is aligned to teammate careers and to SunTrust’s mission. Bellevue also offers the Online Student Success Program (OSSP), a course for students who enter the degree program with fewer than 30 semester credit hours, or who have not previously experienced online learning. OSSP is offered at no charge, prior to beginning the first course, and awards participants two course credits on completion.

Teammates participating in the program enjoy an experience fully tailored to SunTrust. Courses provide company-specific knowledge and skills and include:

Cohorts of 15 to 20 teammates participate in the program together through completion. All communications and materials are co-branded, serving as a reminder to students of executive support and the program’s relevance to their careers at SunTrust.

Since the first cohorts began in July 2012, internal marketing initiatives for the program have generated more than 1,000 inquiries and enrollment of 100-plus teammates. Each cohort includes enrollees from all levels, positions, and lines of business. TAP has experienced 100 percent increase in usage since its reimbursement amount was increased in May 2011; SunTrust’s CEO and CLO both used TAP for the completion of their graduate studies.

HAVE INPUT OR TIPS on this topic? If so, send them our way in an e-mail to lorri@trainingmag.com with the subject line “SunTrust” and we’ll try to include your advice in an upcoming edition of the Training Top 125 Best Practices/Executive Exchange e-newsletter. 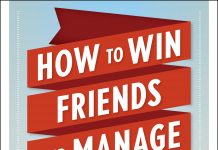