Your training initiatives take many forms—instructor-led, microlearning, gamification, branching scenarios, virtual reality—and underneath all of it is a solid foundation of instructional design. So why do you need stories? There are three great answers to that question.

When you hear the words, “So, the other day I saw this girl…” or “You won’t believe what just happened to me!” or “Once upon a time…,” your mind is programed to listen for a story. It knows the patterns of conflict and resolution. It pictures the characters. It puts you right in the middle of the action, as if it were your own story. You feel what the people in the story feel when they encounter something that makes them frustrated or content. And all of this happens beginning with the very first words of a story. Then, after you’ve heard the story, you are able to repeat it, recalling details with accuracy. Generations of oral history, teaching, and skill building can be attributed to the tradition of repeating stories.

But there’s a tendency to avoid the language of stories when it comes to training. Somewhere along the way, we strayed from the tried and true. We abandoned storytelling as an instructional design skill. One of the repercussions of moving away from stories is that people remember less of what they are trained to do. With the memorable framework of stories and the brain’s recognition of story patterns, instructional designers can significantly increase immediate engagement and lasting retention.

“A story is powerful because it provides the context missing from abstract prose…putting knowledge into a framework that is more lifelike, more true to our day-to-day existence. More like a flight simulator. Being the audience for a story isn’t so passive, after all. Inside, we’re getting ready to act.”

—Chip Heath and Dan Heath, “Made to Stick”

Flight simulation is among one of the most powerful training tools in existence. Simulator training qualifies a pilot to fly a new airplane for the first time on a revenue flight. Undoubtedly, it is the most affordable and effective way to train pilots without having to be in the air. Why does this work? They aren’t in a real airplane that’s really hurtling toward the Earth in an ice storm over the ocean. So how does sitting in a machine that simulates this situation prepare them for the real deal? The pilot is living out the situation as if it were real. All of the controls that would be in the plane are there, responding to the pilot’s actions. If those actions are performed accurately in the correct order, he saves the plane. If they aren’t, he crashes.

Stories have a similar effect. Studies of the brain and the body have made the connection between storytelling and the chemical phenomena happening inside of us. One of the most fascinating responses is that of mirror neurons, in which the brain activity of the story-listener begins to align with the story. These neurons fire not only when you perform an action, but when you observe someone else perform it. Fictional things in the story become real in your body. As the plot unfolds, you put yourself in the shoes of the characters, living out their experiences in your mind as if they were your own. Watching the story prepares you to act.

Think of the goal of training: to take action on new skills, new knowledge, and new attitudes. Stories are the flight simulator to make this happen.

The reason stories are memorable and actionable is because they touch our emotions. This is also at the root of much of the resistance against stories for training. Business stakeholders who shirk at emotional language would rather appeal to the learner’s intellect.

Jonathan Haidt wrote a book called “The Happiness Hypothesis,” in which the brain is compared to a rider on an elephant. The rider is rational and the elephant is emotional. Both influence behavior. So when it comes to training, the rider may say, “I really should read this screen of text so I can learn something in this course.” But the elephant is saying, “Are you kidding me? Order pizza!” If you only speak to the intellect and ignore the emotions of a person in training, you are missing an enormous opportunity to fully engage them. But when you speak to the rider and the elephant, you help both to stay on course, and they learn together.

Once, I was asked to design a live training experience for a group of employees who were struggling with effective teamwork. The problems this team had included an array of issues such as favoritism, gossip, bickering, and withholding information, stemming from a root of misunderstanding. Individuals were becoming entrenched in their cliques. It resulted in low productivity and poor decision-making. The department became a hotbed of compliance issues. Appealing to this group’s intellect wasn’t going to change anything. Instead, I designed a story that formed the centerpiece of the hour-long session. It was developed simply, in PowerPoint with stick-figure characters. This story of four coffeeshop employees followed the repercussions of a careless remark and a misunderstanding that resulted in a fallout between the characters.

It ended unresolved. But afterward, attendees were asked a series of open-ended questions to identify some solutions for the characters. Then they participated in activities that were designed to flesh out these solutions. Each activity referred back to the story. Because the training was closely tied to the story’s emotional attributes, the learning objectives became memorable and actionable.

We know the training was memorable and actionable because behaviors on the team changed drastically and productivity increased. We found out later that the team had adopted an easy way to remind one another when behaviors started to creep back to the way things had been before. They simply said, “Remember the coffeeshop!” They did not say, “Remember point No. 5 on the list of healthy teamwork behaviors.” They didn’t need to do that because remembering the story was enough to recall everything they had learned. Why? The story touched them emotionally and made them think. It made their elephant and rider happy.

Rance Greene is a playwright, songwriter, and story writer. His connection of instructional design to story design has made him a sought-after speaker and consultant. He formed needastory.com to help Talent Development professionals and leaders understand their audience. His presentations are noted for their lively interactions, practical skill-building, and, of course, stories. He involves audiences and students by asking them to think, respond, analyze, and ultimately discover that they are the best storytellers for their audience. He is based in Dallas, TX. 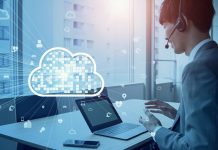 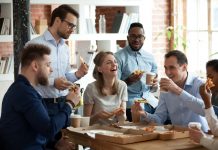