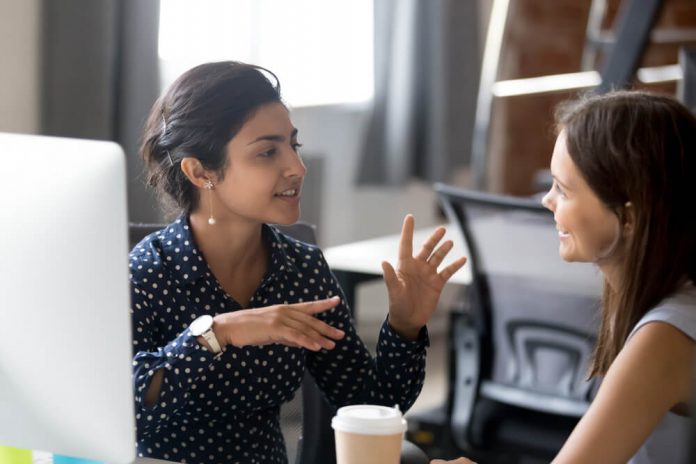 There is one thing you need to understand to be a great coach: Emotions drive behavior. Let me say it again: EMOTIONS drive behavior. Sounds obvious, but many leaders and coaches I work with don’t truly understand this. Most people try to coach, lead, influence (and even parent) behaviors. As a new leader and coach early in my career, I, too, was focused on coaching behaviors.

You can’t be a great coach who develops and inspires people if you only focus on their behaviors; you need to learn the Emotional Intelligence–based skill of connecting to the emotional needs that drive their behaviors.

As a coach, it’s important to identify specific behaviors that may be impacting someone’s performance and then help them course correct. But that’s just the start.

Early in my career when I was working at a software company, I was managing a highly technical and brilliant individual—let’s call him Joel. The main issue derailing Joel’s effectiveness was that he was giving long and technical explanations and sending super long e-mails full of technical jargon. In meetings I could see people’s eyes glaze over when he started going into a long explanation. Being his manager (and, therefore, his coach), I’d get frustrated (i.e., not managing my own emotions) and I’d interrupt Joel to “help” him keep from going on too long. You can imagine the negative impact it had on Joel when I interrupted him in front of others—not to mention how I came across to everyone else in those meetings.

When I had my first discussion (what I thought was a coaching session) where I shared the feedback with Joel, I gave him specific examples of times he had talked too long and showed him examples of his long e-mails. He was a little defensive at first, but I used my “strong coach” tone to let him know the behavior needed to change.

Not surprisingly, his behavior didn’t change. In fact, when I was in meetings with him, it seemed to get worse. I realized later that he was nervous I’d interrupt him, which made him talk faster and longer. While I had done a decent job of pointing out Joel’s derailing behavior and redirected him to a new behavior, I was missing a critical skill a leader/coach needs to have.

The Emotional Need Behind the Behavior

The most important skills you can develop as a coach is helping a person figure out their “why.” Why are they behaving the way they are? And specifically, what emotional needs are causing them to behave (or not behave) in a way that is detrimental to their growth and performance.

Let’s go back to Joel. I recently had been through an Emotional Intelligence training session that focused on the how to connect to emotional needs that drive behaviors. I made sure we had a good amount of time for a coaching session, that I was able to be present and be truly curious, and I had a whole list of EI-based questions prepared.

It turned out that as a technical person, Joel valued when people explained things with the correct (his word) amount of detail. In fact, he was impressed by people who could do this—his personality profile is analytical. We were able to determine that he was giving long explanations because he felt that would impress people and they would see him as credible, which would earn their respect. His emotional need to feel respected is one most of us have. It was an especially strong emotional need for him. Joel’s strategy to earn respect was to explain things in great technical detail.

I explained to him that while his technical expertise is important to the organization, many people do not value long technical descriptions, and, in fact, it can even annoy and frustrate them. I also explained the personality profile of people who are drivers. I explained that the behavior of giving long, technical explanations could cause some people to disrespect him—i.e., for those people, it was having the exact opposite effect of meeting his emotional need! He began to see that if he could be more aware of his audience and articulate his ideas in a more concise and simple manner when the situation merited that, he could earn a lot more respect.

This was a lightbulb moment for Joel. He hadn’t realized why he was giving the long explanations, although he did know something wasn’t working right. Realizing that behavior was, in fact, causing him to be less respected motivated him to change it. With this understanding of his emotional need, his whole approach changed. He started asking me if he was being concise enough in meetings. He’d send me e-mails to review before he sent them, and he was much more open to my feedback and suggestions. I could tell he was working hard to improve. And I didn’t feel the need to interrupt him!

The Tip of the Iceberg

Examples of emotional needs we all have that drive our behaviors include:

This is not a complete list, but it hits most of the big emotional needs we all have. Next time you are coaching someone (or yourself!), and you are trying to get them to behave in a certain way, ask yourself: What emotional needs are getting in the way of them behaving the way you need them to? When you develop the skill of connecting to people’s emotional needs, that’s when you become a leader and coach who can unlock people’s full potential!

Click here to learn more about developing the EI-based coaching skill of connecting to the emotions that drive people’s behaviors and/or attending one of our Science of Emotional Intelligence training programs available both in a classroom and virtually online.