Introversion has been a popular topic online for years, with many claiming to be misunderstood by their employers, peers, and friends due to their heightened need for solitude. Brie Larson, who portrays Captain Marvel in the film of the same name, summed up much of the challenge, and opportunity, for those who prefer Introversion in the workplace: “The thing I thought was my weakness was my greatest strength,” she says. “My Introversion, the thing that made me go, ‘Well, I couldn’t be a superhero,’ is the same thing I think makes this story important to me. Because I’m saying, ‘I’m flawed, I don’t know how to do this, I’m still figuring it out, I’m learning, I want to grow.’ But I’m committed to myself.”

“Introversion” describes how we get our energy—those with this preference tend to enjoy spending their time in the inner world of ideas and images (vs. the outer world of people and things). But according to research, Introversion is much more complicated than we thought (Myers, McCaulley, Quenk, and Hammer, MBTI Manual for the Global Step I and Step II Assessments, 2018). While the difference between Extraversion and Introversion is simple in theory, it is complicated by the fact that the most developed part of the Introverted personality type often is not externally exhibited. People with a preference for Extraversion usually put their personality forward for the world to see. Those with a preference for Introversion tend to be more reserved. Simply put, we see less of the Introverted personality, because it isn’t outwardly on display. So how do we find out what workers who prefer Introversion need to be happy and productive at work?

Some Kinds of Introversion Are More Common than Others

While the larger conversation tends to focus on Extraversion vs. Introversion, the Myers-Briggs Type Indicator (MBTI) instrument outlines three other dichotomies, or preference pairs:

The combination of these preferences makes up the four-letter combinations that grace so many writer bios and online profiles, such as INTP or ESFJ.

However, studies have shown that some combinations are more common than others. ISTJ (someone with preferences for Introversion, Sensing, Thinking, and Judging) is the most common Introverted personality type, making up 15.9 percent. INFJ (Introversion, Intuition, Feeling and Judging), on the other hand, makes up only 2.3 percent of the population (Myers et al., 2018).

Introversion Is Made Up of Several Distinct Facets of Personality

Some people wonder how four preference pairs can sum up a person’s entire personality, and they make a valid point. While we tend to discuss Introversion as a single dimension, there are many sub-dimensions, or facets, that describe its more complex nature. These facets are more defined characteristics than the preferences outlined in the Myers-Briggs Type Indicator, and can be “in preference” or “out of preference.” For example, one can have a preference for introversion but still favor the extraverted Gregarious facet, instead of the Introverted Intimate facet. Other Introverted facets include Receiving, Contained, Reflective, and Quiet, and they respectively pair with the Extraverted facets of Initiating, Expressive, Active, and Enthusiastic (concepts that are described more fully by The MBTI Step II personality inventory).

These facets mean that Introversion isn’t as cut and dry as assuming quiet employees prefer Introversion, or vice versa. If one of your employees follows the example above, their Gregarious nature may lead you to assume they have an Extraverted preference, but be careful with assumptions! You could be setting yourself up for failure by expecting Extraversion from them. But how do Extraversion and Introversion affect work habits and behavior, anyway?

Introversion in the Workplace: Thoughtful and Steady Wins the Race

Those with a preference for Introversion tend to need reflection time to respond, both in person and through written communication such as e-mail and instant messaging. This is because they like to think things through internally and come up with the best possible version of any idea before they voice it, as opposed to the more communal “thinking out loud” style of workers who prefer Extraversion.

Studies also show that if you prefer Introversion, you’re 12 percent less likely to be satisfied in your job and 20 percent less likely to be happy at work (Hackston, Type and Work Environment, 2015). We don’t know exactly why this is, but it stands to reason that the challenge of being heard after your Extraversion-oriented coworkers have put their ideas forward could impact job satisfaction. (If you want to avoid this in your team, I recommend slowly counting to 10 between asking a question and moving on to the next topic—this will give anyone with a preference for Introversion some time to reflect and respond.)

Introversion is complex, but it’s a major consideration when it comes to personality because it accounts for about half of all workers. It’s important that we understand not only how to make use of knowledge of personality at work, but also how to honor those workers so they can healthily and happily contribute to your team.

Michael Segovia is a senior Consultant for The Myers-Briggs Company. In his 30-plus-year career at The Myers-Briggs Company, Segovia has conducted hundreds of certification courses and application workshops on the MBTI assessment, and speaks and writes regularly on the subject of personality type, leadership, and development. He recently presented a TEDx talk reflecting on how type theory has informed his understanding of his own life’s story. 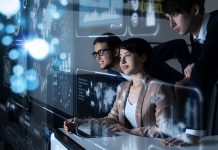 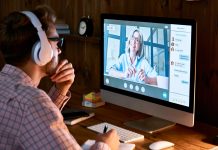 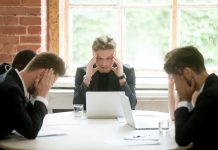