The unparalleled pace and scale of change today is creating seismic global shifts across social, economic, and political systems. These, in turn, are converging rapidly to transform an already volatile, uncertain, complex, and ambiguous (VUCA) ecosystem into a powerful vortex that has the potential to destroy organizations.

The key to avoiding the strengthening pull of the VUCA vortex lies in ensuring the organization develops a leadership system that operates in a perpetual state of readiness for the unexpected: knowing what people, process, and technology levers to pull at what instant in time to avoid being sucked in.

Perhaps contrary to popular opinion, the leaders who operate in the middle of the current hierarchical leadership system are the greatest source of leverage to build the responsiveness, resilience, and adaptability the modern-day enterprise needs.

The middle-manager role was created to bridge the widening gap between setting direction at the executive level and taking action at the line-manager level. As organizations grew, so, too, did the layers of middle management required to translate strategy and coordinate activity to deliver results.

In the 1980s and 1990s, globalization, deregulation, and technology adoption ushered in the re-engineering movement that advocated horizontal business processes, the delayering of organizational structures, and the integration of information technology to drive continued growth. During this transition, middle managers came under strong scrutiny and criticism for being reactionary and change-averse, maintainers of bureaucracy and control, and focused on self-preservation as opposed to organizational growth.

Given this history, some would reason that the demise of the middle manager is imminent as they suffer the same fate as dinosaurs that were unable to adapt to a disruptive change in their ecosystem.

An alternate argument suggests middle managers instead should be viewed as dynamos, given their unique ability to influence and impact the organization’s strategic and transformational processes.

Today, managers situated at the center of the leadership system play a catalyzing role in navigating two key polarities.:

A perennial challenge for every organization is to ensure that its strategy is executed in a way that maximizes value creation, delivery, and capture. Today, the interdependencies between strategy formation and execution are far more fluid and dynamic, no longer discrete problems to be solved at the top and bottom of the leadership hierarchy. Instead, they are two polarities that must be navigated from the center of the leadership system.

In navigating the strategy/execution polarity, middle managers evolve into center leaders who play a boundary-spanning role in ensuring the leadership system effectively balances and iterates around a top-down directive approach and a bottom-up participatory approach to strategy evolution.

Today, developing a culture that fosters innovation, collaboration, and adaptability is critical to an organization’s survival. Center leaders play a critical role in increasing the ability of others to respond to change by providing the structure, resources, and safe environment for experimentation and learning required to grow the business.

In proactively navigating the change/people polarity, center leaders become intermediaries who ensure that innovations that might influence an organization’s strategic direction are nurtured and that people feel fully engaged and motivated to adopt the new routines, practices, and behaviors required for the organization to survive and thrive.

As we reimagine leadership as a system with rapid and synchronized decision-making across multiple levels, we should avoid focusing on “best practices” to improve discrete systems, structures, or processes. Instead, we should consider developing “next practices” that focus on transforming middle managers into center leaders who can catalyze a leadership system that delivers the responsiveness, resilience, and adaptability today’s environment demands.

Tony O’Driscoll is global head of Strategic Leadership Solutions for Duke CE, where he focuses on identifying and implementing cutting-edge learning strategies and methodologies to get leadership ready for what’s next. 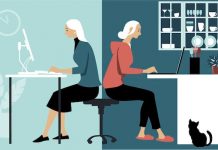 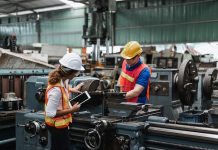 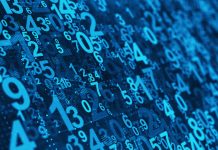