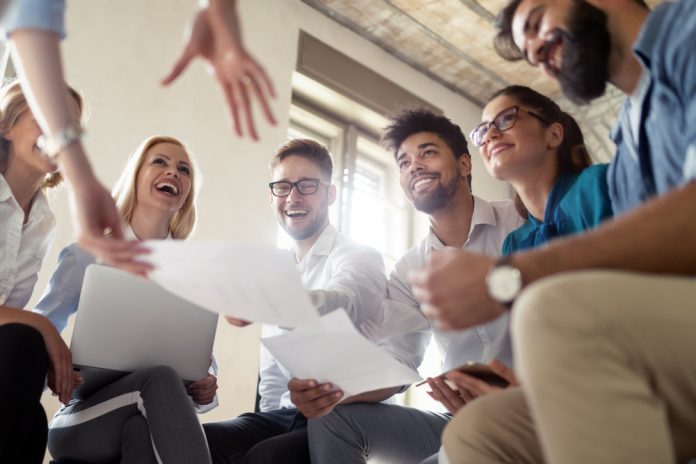 Managers tell me all the time, “I’ve been managing the same people for some time now. I realize now that I’ve been too hands-off. Is it even possible to change my whole management style after all this time? How can I get my employees to take me seriously? How can I avoid them thinking I’ve bought into some gimmicky ‘flavor of the month’?”

Your belief in change

Let your employees think whatever they want in the beginning. You can live with anybody’s doubt but your own. Step one in convincing your employees will be your belief in the change and your determination to stick with it. Over time, the doubts will recede, and the doubters will come along or move along. That’s why you cannot afford to make a half-hearted effort at change. You are better off making no change at all than a half-hearted effort. But it takes more than a full heart to succeed.

I’ve seen so many full-hearted efforts fail due to a lack of preparation. A well-meaning manager who decides to become a better manager can painfully underestimate the challenge of making a big change in management style, especially after a long period of weak management. Often the manager in question has read a book or been to a seminar.

So often, I receive emails from managers: “I’m ready! I’m eager! I’m going to become a strong highly-engaged manager!” My first response is always: “Wait! Step back! If you are really sure you want to do this, don’t take this lightly. This is going to be a big change. Take some time to prepare.” More often than not, the response is something like: “You don’t understand. I’ve already started!!” Typically the manager says, “If all that’s missing is the fundamentals, I might as well just jump in and start .” (Ah, yes, and yet isn’t mastering the fundamentals in any field a lifelong enterprise for even the greatest practitioners?)

One such manager I remember well, a senior manager in an environmental consulting firm (I’ll call her “Ms. Green”), told me, “I’m going to start meeting with my employees one-on-one starting tomorrow! I’ve scheduled thirty-minute one-on-ones with all of them, and I’ve got my manager’s notebook all set so I can take notes during all the one-on-ones. I’ll let you know how it goes.” Of course, Ms. Green did not realize that her employees were surprised. Some were in a minor panic. What on Earth did she want to talk to all of them about, one-on-one, the next day? Were people going to be fired? Was she leaving? What was happening?

The morning came, the one-on-ones ensued, nobody was fired, and there was no Earth-shattering announcement. Ms. Green’s direct reports realized that she was just trying a new approach to managing. By the end of the day, everybody was murmuring: “She read that book. This is just the flavor of the month. Sit tight. It will go away soon. She won’t stick with it.” When Ms. Green shared this with me, I sent her a note saying, “Will you or won’t you? That’s entirely up to you.”

Ms. Green was inspired and committed, but she had launched her change effort without sufficient preparation. She had underestimated the impact of the change on herself, her role, her experience at work, her relationships with her direct reports, with her own boss, and even with some of her colleagues. She had also failed to fully appreciate just how much her employees really needed her, once she started actually talking regularly with them one-on-one for a few weeks. She told me, “I am stunned at just how often I am able to see a problem and help one of my employees avoid it. How often I can see a better way to do something, sometimes it’s something they’ve been doing wrong for years.”

She was incredibly busy, to begin with, and she quickly began to realize that managing more closely is time-consuming, especially at first. Some employees were pushing back and complaining that Ms. Green was “all of a sudden micromanaging,” and some thought she was “picking on them and favoring others.” There was a lot of tension in the air. Then Ms. Green started getting a little heat from her boss, who was hearing negative reactions to her sudden shift in management style.

I’ve seen many managers with less gumption than Ms. Green give up under such circumstances. After a rocky start like this, many managers think: “My boss isn’t into this. My employees aren’t into it. Maybe I’m not that good at it anyway. Maybe I can back out of this whole thing and go back to my familiar routine of hands-off management until the next unnecessary crisis erupts.” But not Ms. Green.

Ms. Green said: “OK. Let’s try this again from the top.” This time, there would be no lack of making the necessary preparations.

The second time around, Ms. Green talked everything through in detail at the outset with her boss. They realized that there were certain responsibilities on which they did not have exactly the same understanding of the standards and requirements. They didn’t want to have different standards and requirements, so they went through them all to make sure they were on the same page so that employees wouldn’t be torn or confused.

Ms. Green told me, “My boss had been going around me and interacting directly with my employees. And even more, the other way, my employees were going around me to my boss when they didn’t like what I had to say. So we had to resolve that at the outset.” Ms. Green and her boss decided together on ground rules for when and where, and how each of them would meet with the employees. They agreed on what they would each discuss with those employees. And they agreed to make sure and talk regularly to ensure they were both conveying the same messages to Ms. Green’s direct reports. They also decided that when Ms. Green’s direct reports went directly to her boss, he would walk the employee back to Ms. Green’s office so the three of them could discuss the matter together. The boss agreed in those cases to let Ms. Green handle the matter and chime in when necessary.

After that preparation and alignment with her boss, it was time to announce it to her team. She told them: “I’m going to be a better manager, and here’s what that will look like.” She was prepared for some employees to be concerned, ask lots of questions, second-guess, and doubt that she would follow through. She ended her team meeting by scheduling her next one-on-one meeting with each team member.

Then, fully prepared, she started doing regular one-on-ones, One person at a time, one day at a time. In them, she explained that this is a learning process for everyone and there would be mistakes. She explained her plan to revise and adjust her approach in the future and that she would need everybody’s help in making this approach work. Her schedule gradually changed as she got used to managing people in a more highly engaging manner. Over time, everyone got better and better at using one-on-ones to stay aligned, stay focused, and use the meetings to get what they needed from each other.