Critical Incident Analysis (CIA) is a valuable training tool that’s inherently interesting for participants as it engages emotions, is based on real business interactions, and secures learner retention via storytelling and self-reflection (“What Makes Storytelling So Effective for Learning?” Harvard Business Publishing).

Over the last 39 years, I have employed CIA in programs on leadership, teams, cultural competence, and diversity. Critical incident development involves the following steps:

Here are two examples of Critical Incident Analysis from actual cases that resulted in the loss of millions of dollars for clients who chose to provide country-specific cultural training after these incidents. See if you can find the correct answer.

“I could not believe it, our EVP just lost us our biggest account worth millions of dollars, plus our reputation will suffer greatly,” stated the China director for one of the “Big Four” accounting and consulting firms. Due to a restructuring at HQ, there was a new, New York-based EVP for Asia who wanted to start by visiting China. The EVP wanted to make a good impression on the China office and asked the China-based director to arrange a meeting with their leading customer.

At the meeting in Shanghai with the client, after brief introductions, the new EVP announced he wanted to extend the contract by two years and increase the fees by 2.5 percent. This caught the director of the China office and the client totally off guard. He asked if this could be discussed at another time, upsetting the New York-based EVP, who said he wanted to leave China with an extension of the contract.

OK, what happened? Can you identify the mistakes that were made and how training would have prevented this costly disaster? Identify the correct answer and explain why.

In this Critical Incident, there are two correct answers: B and D

Answer B: The U.S.-based EVP should have known that in relationship-oriented China, initial meetings are for relationship building, which will be critical for a long-term customer-client relationship. Their local office had spent years building strong relationships with the client. By using this first meeting to announce the new terms of a contract, the executive made a fatal mistake, prompting the client to move the lucrative account to a competitor. The Chinese team for this Big 4 company tried to contain the issue by asking if the discussions about fees could be put off for another meeting, but the EVP wanted to score a quick win.

As a deliberate technique to explore common themes in delivering country-specific workshops, the following is another China-based incident. This case is critical to a pharmaceutical company’s success/failure.

For five years, a Top 5 global pharmaceutical company operating in China (Company X) was very successful. When the company submitted proposals for approval of new medicines in China, it was granted approvals earlier than its competitors. The average approval for most overseas pharmaceuticals took 12 months, while the approvals for Company X averaged seven months. This allowed Company X to come to market sooner, resulting in substantial profits.

Back at U.S. HQ, Company X was looking to save expenses. As part of the cost savings, Company X decided to bring the current American president of China Operations back to the U.S. with his four dependents. To expedite the transition, the company gave him one month to return home during which time the company would identify the new expat president for China Operations. After a detailed search, the new leader for China was identified, and arrived in China just two months after the former president left. After six months, the company realized new medicine requests for approvals were going to take 12 months, just like their competitors’ approval time. No one could understand why. The result of this change cost the company millions of dollars and ended its “special “treatment with the government? Why? What happened?

Are there any hints from Incident 1 that help to explain the second situation?

Which answer(s) is correct and why?

The correct answers are: B and C

Answers B and C: As noted above, in China, relationships are prioritized. The fact that Company X replaced its president of China Operations without informing the head of the Government Approvals office in advance was considered to be insulting given the good relationship that existed between the head of the agency and Company X. Further, the former president of China Operations should have remained in China for at least two months after the newly appointed president arrived to facilitate proper introductions with the government officials. This would have helped bridge the positive relationships between the company and the government. By bringing the former president back to the U.S. too soon, the company lost millions of dollars and ruined the positive reputation it had with the Government Approvals Office.

I have collected hundreds of critical incidents for more than 30 countries and for every major sector doing global business, from professional sports leagues to airlines, finance, energy, and other sectors. An overview of the steps Learning and Development (L&D) can take to improve their organization’s cultural agility and global mindset can be found at: Where Are Your Global Blind Spots? (trainingmag.com)

If you have any questions about CIA or applications or best practices, please send them to me at: ngoodman@global-dynamics.com 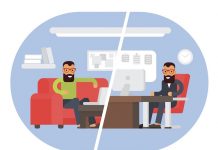 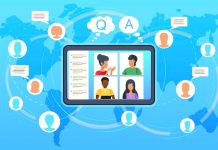