Johns Hopkins Medicine’s Leadership Academy originally was designed for Patient Access Call Center agents and supervisors. But in the last year, due to administrator and director requests, the organization expanded the program to include ambulatory clinic staff such as medical office coordinators, lab technicians, medical concierges, and patient service coordinators. The 12-month leadership development program now reaches staff in a majority of Johns Hopkins Medicine departments.

Development of Leadership Academy began more than three years ago when Johns Hopkins Medicine’s director of Talent Development, Training, and Quality determined that a consistent development program was needed to ensure staff readiness for and effectively fill leadership positions (team leads, supervisors, managers, and assistant directors) in the 20 departments in Patient Access. The organization’s HR department had some leadership development training for new supervisors and managers, but it was not specific to Patient Access operations and the call center, and it was optional—many existing staff in management had not attended the program.

A Future Leaders steering committee of assistant directors, agents, and supervisors, along with members of the Patient Access Training Team, was created to determine the skills agents would need to develop. The organization then determined that its supervisors should get the same development as its agents.

The last session is a team presentation. Classes were almost entirely developed and taught by either the Patient Access director of Talent Development, Training, and Quality; a senior instructional designer with a Masters in Organizational Development and a coaching certificate; or internal staff (for operations, HR, and Diversity and Inclusion sessions).

Based on a survey at the end of the program and ad-hoc feedback from participants, Johns Hopkins Medicine found the following Level 3 (behavior change) results: Participants were using more skills learned from the sessions even three to six months afterward (using coaching and feedback skills with their direct reports and teammates, engaging employes during team meetings and otherwise, using reporting tools from the operations session, using more effective problem-solving techniques in team meetings, etc.) both in their departments and across departments.

During the program or within six months of completion, the organization promoted the following staff both internally and externally per cohort, exceeding its goal of a 10 percent promotion rate and leading to better retention of internal staff:

The program was so successful that an offshoot version called the “PBS Future Leaders program” for the Johns Hopkins University Billing department was completed in January 2020. The program got such good reviews from participants and managers that the Ambulatory Services administrator sought to include the front-line clinic staff as part of each cohort. As such, Cohort 4 was the first one to include clinic staff (31 participants), and Cohort 5 increased to the largest ever, with 46 participants. 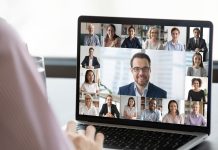 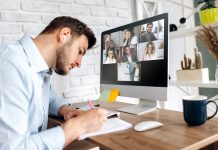