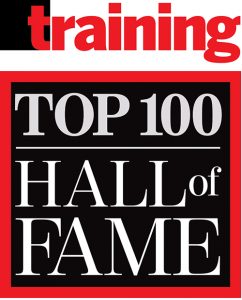 In 2016, Capital Blue Cross’ then-CEO realized that an untapped opportunity for a competitive advantage was increasing the effectiveness of his Executive Leadership Team (ELT). Thus began a process of meeting five times a year to discuss current team behaviors and dynamics. Using Patrick Lencioni’s “Five Dysfunctions of a Team” research, the ELT participated in an annual survey that measured their performance and then learned how to speak to each other about concretely improving their dynamics.

The CEO’s and Chief Human Resources Officer’s vigilance in staying laser-focused on including these five behaviors in performance appraisals, after-action reviews, debriefs, and coaching sessions turned what could have been a one-shot deal at team development into an accepted practice in the organization. The ELT responds annually to the team survey, debriefs results, and creates team development plans for the following year.

In 2018, the CEO requested a program for a broader set of employees—specifically the ELT members and their direct reports—to drive the team model more broadly across the organization.

The Training team determined that the entire Transformational Leadership (TL) program would work best by dividing the content into two distinct offerings, with the first part focused on team dynamics, and the second focused on goal alignment, measurement, and communication. Course content for Part 1 was developed using the Five Behaviors of a Cohesive Team Model, an executive book summary, “The Five Dysfunctions of a Team” by Patrick Lencioni, team assessment results based on Wiley’s DiSC survey, and a customized report for each specific team based on their survey results.

The Five Behaviors of a Cohesive Team course is designed to help leaders grow and develop with their team members in the following five key areas:

Facilitators met with the executive team leader initially to ensure clear outcomes and again to review survey results. The Training team created a menu of options for delivering content and shortened sessions to last 90, 120, and 180 minutes. TL uses less of a “teach” approach and more of a true “facilitation” style. Executives play a visible role during the sessions by sharing personal reflections, asking questions, and showing vulnerability.

More than 85 percent of eligible senior executives and their direct reports have completed the Five Behaviors of a Cohesive Team course. The remaining senior executives have expressed interest in participating with their teams in 2021. Capital’s new CEO is a staunch supporter of  team development  and is launching a new chapter of executive team development during third quarter 2021.